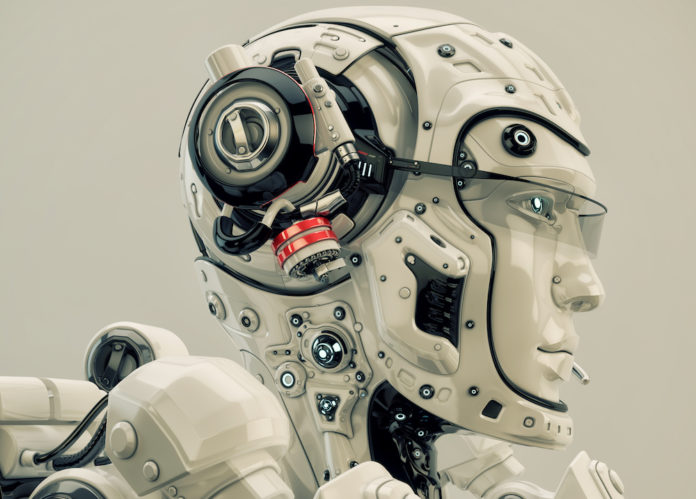 There are 14 Chinese AI companies valued at US$1 billion or more as of now. In other words, all of the world’s AI unicorns reside in China, as there are no other AI companies elsewhere with valuations crossing that magical benchmark, according to CB Insights’ global unicorn list.

Are these AI companies properly valued is an interesting question. But more recently, a new phenomenon has raised another topic for debate: with the flurry of deals announced by the likes of SenseTime and Megvii, are these Chinese AI start-ups becoming VC investors?

Just a few examples of such deals: AI superstar SenseTime, valued at US$6 billion, teamed up with SB China Venture Capital (SBCVC) in August to co-lead a RMB1.36 billion (US$199 million) series D round in Beijing Moviebook Technology Co., Ltd., an AI-based video recognition and visual technology company. Two months before, SenseTime joined a US$75 million series B funding round in hospital technology developer Helian Health. Megvii Inc., a facial recognition-focused AI unicorn behind Face++ and valued at US$2.5 billion, acquired robotics start-up Aresrobots for undisclosed amount in April 2018.

So why are these AI companies, mostly young companies aged from one to five years old, raising massive financing rounds, while at the same time investing large amounts of capital to other start-ups? Why have they become VC investors so early in their lifecycles? What does this mean to these AI companies’ VC investors?

The answer is that behind such frantic investment deals lie great anxiety by some of the largest Chinese AI companies. On the one hand, their valuations are increasing at a speed far outpacing their ability to commercialize or to justify their net worth. As they dive deeper into vertical industries to provide tailor-made products, they are backing other AI start-ups horizontally to solidify their product portfolio. The investment deals are simply a quick way for them to build a comprehensive platform and enrich their offerings.

China’s artificial intelligence industry has attracted the most VC funding compared to other countries, accounting for 60% of such investments globally from 2013 to the first quarter of 2018, according to a report released on by Tsinghua University.

Such dominant financing activities for AI start-ups is partly a result of Beijing’s objective to build the country into an AI powerhouse in the next decade. The Chinese market’s sheer size also made it possible to have such great number of unicorns in China. Even though Beijing is home to most number of the unicorns, companies based in Shanghai, Guangzhou and Shenzhen all have representations on the list. Each of these geographical areas have GDP sizes that rival countries.

There are currently 14 Chinese AI unicorns. They are:

On the one hand, these companies are raising large amounts of capital in a pace unmatched by other sectors, despite tighter liquidity and cooler investor sentiment. Investors are still pumping large sums into Chinese AI unicorns, with deals worth US$100 million or more, which are extremely large deals in the VC world, almost the norm for the sector’s rising stars.

For example, SenseTime raised in May a US$620 million series C+ funding round led by Fidelity International, Hopu Capital, Silver Lake and Tiger Global. In October 2017, Megvii raised US$460 million in a series D round of financing from a Chinese state fund, Ant Financial and Foxconn Technology. The company is said during the summer to be in the process of raising at least US$600 million from investors including Alibaba Group Holding Ltd. and Boyu Capital.

At the same time, these AI companies are investing alongside VCs in other start-ups. It is partly an effort to expand their business scope to catch up with their runaway valuations, partly due to other factors such as AI firm’s self-confidence in their assessment of new technology prospects.

SenseTime previously has invested in six start-ups, including Helian Health, 51VR and Suning Sports, the spin out from retail giant Suning. All of the deals are inked with strong strategic drive. In one deal, SenseTime led a US$75 million (HK$585 million) series B funding round in June in Zhejiang-based hospital technology developer Helian Health, with the aim to apply its AI capabilities in the medical services space. Earlier in 2017，SenseTime co-led a RMB210 million (US$30.34 million) round in 51VR, a China-based virtual reality technology company. The idea was to leverage SenseTime’s capabilities in computer vision and deep learning to accelerate 51VR to launch 3D simulation reconstruction in the real estate, autonomous driving, education and gaming sectors.

Megvii acquired Beijing Aresrobots Technology Co., Ltd. in April, to enter the market of intelligent robots. It also led a RMB149 million (US$21.52 million) series B funding round in Video++, an AI-based video-streaming services platform in June, 2017. Similarly, the objective was to combine Megvii’s tech prowess with a company that has sector expertise for rapid commercialization.

At the same time, these AI companies are setting up investment funds with VCs to co-invest in other start-ups. In October last year, SenseTime and CDH Capital were said to launch an AI investment fund with RMB3 billion (US$453 million), according to a media report, but there is no update on the progress of that joint fund.

Why Are AI Companies Investing So Early, So Rapidly?

AI companies say that they have natural advantages investing in other AI start-ups. AI unicorns have access to a large deal pipeline of high-quality companies. AI companies also have better technological expertise in assessing a particular technology’s prospects than some generalist VCs. They also claim that as AI companies, they have a longer-term perspective and have the patience to grow with the start-ups they invest in.

But most importantly, these cash-rich AI unicorns have the capital to invest. "For instance, it’s not that easy for some VCs to deploy US$3 billion, but some AI unicorns are able to leverage such large amount of money," Xiao Ran, senior vice president of Delian Capital, told Chinese media outlet Jiazi Guangnian.

So, will AI company’s investment frenzy accelerate an existing sector "bubble" that some believe to be unsustainable, or help stimulate the industry’s commercialization?

It will take time for the answer to reveal itself. But one thing is for sure, as economic uncertainty heightens and capital markets continue to cool down, it will not take long to find out.