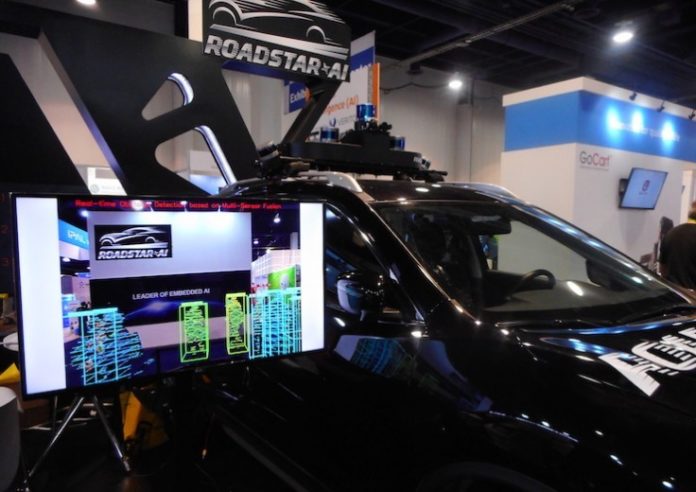 Chinese self-driving technology start-up Roadstar.ai has dismissed its co-founder and chief scientist Zhou Guang due to his wrongdoing including counterfeiting data and accepting kickbacks, said Roadstar.ai in a statement released on its WeChat official account earlier today.

According to the statement, Zhou was denounced as "non-compliance" with the company’s code management regulation "on a long-term basis" by pocketing codes and design drawings in secret, and deliberately rejecting to upload codes "despite repeated education" from the company.

The company said that Zhou was also found by a third-party institution of fabricating data in a government regulatory report, as well as taking advantage of his personal relationship with classmates to take kickbacks from the company’s US$128M series A round of fundraising.

Zhou could not be immediately reached by China Money Network.

Zhou’s wrongdoing caused "severe damage to the company’s reputation and the delivery of projects," said Roadstar.ai in the statement. The company said that it has already dismissed Zhou from his positions and terminated all labor contracts as of the issuance of the statement. It will also reserve the right to sue Zhou for relevant legal responsibilities.

"His behavior of taking possession of the company codes probably started from day one when we launched the business," Heng Liang, co-founder and CTO of Roadstar.ai, told China Money Network during an online news briefing today. He said that the company decided to dismiss Zhou at this stage because the problem "has become so serious that Roadstar.ai needs to solve it for the its future development."

"The leaving of a few staff, despite key staff, will not have a great influence on the overall development of the company because we have already built our research and development team in which 60 people are all contributing," he said, adding that Zhou’s wrongdoing, however, did slow down the fundraising progress for the company’s series B round.

The company is yet to calculate the specific financial loss caused by Zhou, and the final solution of the incident will be reached after joint discussions among its shareholders, investors and management.

Roadstar.ai was founded in May 2017 by former NVIDIA’s senior software engineer Tong Xianqiao, and former Baidu’s software architects Heng Liang and Zhou Guang. The company specializes in the research and development of level 4 autonomous driving technologies. According to Chinese business data provider Tianyancha, Zhou holds a 14.16% stake in the company.

UPDATE: The shareholders and investors of Roadstar.ai released a joint statement on late Monday, saying that the dismissal of Zhou would "damage the core benefits of the company and its shareholders" thus they refused to acknowledge the decision.

The decision had no effectiveness because it did not have the consent from investors, nor was it in accordance with the relevant agreement between investors and the company, according to the statement. Investors and shareholders of Roadstar.ai "suggest that team members should resolve disagreements through full communications and focus on developing the company’s business."