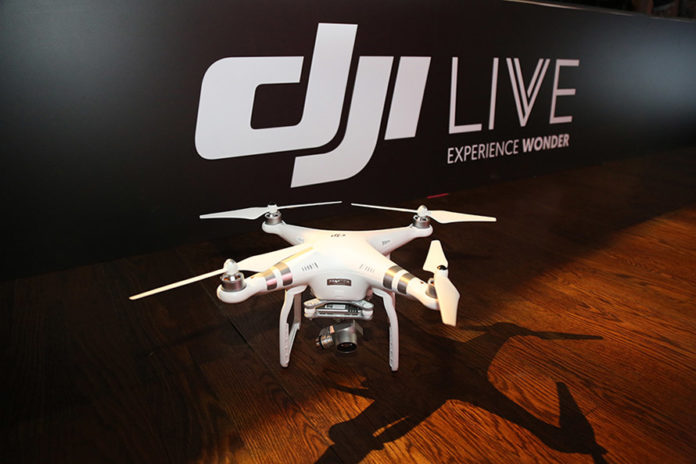 This article by Elliott Zaagman originally appeared on TechNode, the leading English authority on technology in China

Last Friday, DJI, the world’s largest drone maker, announced the uncovering of an internal corruption scandal, leading the Shenzhen-based company to place 45 of its employees under investigation.

According to a statement from the company, DJI could see a loss of as much as RMB1 billion (roughly US$150 million) as a result of its corruption issues.

DJI’s investigation reportedly found that procurement officials had received kickbacks in exchange for accepting substandard components, or for paying above-market prices. As a result of such practices, the company’s component costs were supposedly inflated by over 20% in 2018.

The announcement of a corruption crackdown at such a company is not particularly unusual. What’s significant, however, is the scale of the corruption, and that it occurred at DJI, which for long has been a poster child for Chinese tech’s internationalization. In fact, corruption-related cleanouts have been a defining theme throughout China over the past five to six years, and have been particularly notable in the country’s tech community lately.

Ride-hailing giant Didi Chuxing recently dismissed a total of 83 people, after finding over 60 cases of corruption within the last year. Bytedance, the world’s most valuable startup, saw a second executive detained last month over charges of receiving bribes of luxury cars and several million RMB from a business partner.

Also in December, Alibaba Group announced that Yang Weidong, the president of video-streaming platform Youku and the head of its wider digital media and entertainment, was being investigated by police for “alleged acceptance of improper payments.”

In China, issues of bribery and corruption have long been par for the course. Earlier on in my career, I saw this firsthand while working on a business-to-business sales team in Beijing. As a subsidiary of an established multinational corporation, controls over corrupt practices were quite tight. This put the team at an obvious disadvantage in competition with other players who could apply internal rules more loosely in pursuit of business.

For many of our salespeople, a core component to winning business hinged on finding “creative” ways to circumvent the company’s anti-corruption policy—to bend the rules without technically breaking them.

The norms of vendor corruption and kickbacks were once described to me by a former colleague as we were driving on a toll road expressway to meet a client. “In Chinese companies, everyone you work with is like a gatekeeper at a toll booth. They won’t let you pass until you pay them,” she explained. “What makes it difficult is they all want different things, and no one will say what they want directly. Some want money, some want women, and some want a favor or two. It’s our job to find out what that is.”

Relationship building and reciprocity are components of most business dealings around the world. But when the business relationship is defined almost entirely by what you can provide a decision maker on a personal level, rather than the product or service you can offer the company, it begins to feel that the incentive system is not working quite right.

This culture of gatekeeping and corruption was a trademark of many of the most robust years of China’s economic boom. For many multinationals doing business in China at that time, when local offices and teams would request greater “autonomy” and “localization,” a key subtext of the request was a desire for a more “liberal interpretation” of the firm’s anti-bribery and corruption protocol, or to establish some form of mechanism where global-level management had some form of plausible deniability, or could simply “look the other way.”

However, the argument could be made that at that stage of China’s development, corruption was a benign, perhaps even beneficial phenomenon. Economist and senior fellow for the Carnegie Asia Program Yukon Huang has argued that, in many cases, corruption has been a boon to China’s growth, rather than a hindrance.

After all, if every time a local government official approved a construction project, or a factory manager contracted a vendor, they would get an opportunity to line their pockets, then self-interest would lead them to get as many deals done as possible, right? In other words, the prevalence of corruption created an incentive for economic activity.

Attitudes towards the acceptability of such practices have shifted dramatically in recent years. Chinese President Xi Jinping’s anti-corruption drive, launched in 2013, has only intensified, proving to be not simply a temporary crackdown, but an assumed status quo in today’s China.

While the campaign began by targeting party officials, it has spread throughout Chinese society and its economy. In the recent spate of arrests and crackdowns, we are seeing that it has spread to China’s tech sector as well.

The full effect of the anti-corruption campaign in China tech has yet to be seen. While corruption may have served a purpose for China’s earlier development goals, it is unlikely to help much in achieving China’s current ambitions, as corruption may help in getting deals done, but incentivizes actors to prioritize self-enrichment in each deal, de-emphasizing quality, or the adherence to strict process. These incentives may aid in getting things done, but are less likely to help them get done well.

This is abundantly clear in the case of DJI, which has become the world’s leading drone-maker in part because of its reputation for quality, a symbol of China’s transformation from low-end manufacturer to high-end technological superpower. If DJI becomes known for employees who purchase substandard products in exchange for kickbacks, the company’s brand will begin to look substandard as well.

Still, with every coin, there are two sides. Corruption controls may maintain higher quality standards, but if not done well, they may strangle the very industries they are seeking to improve.