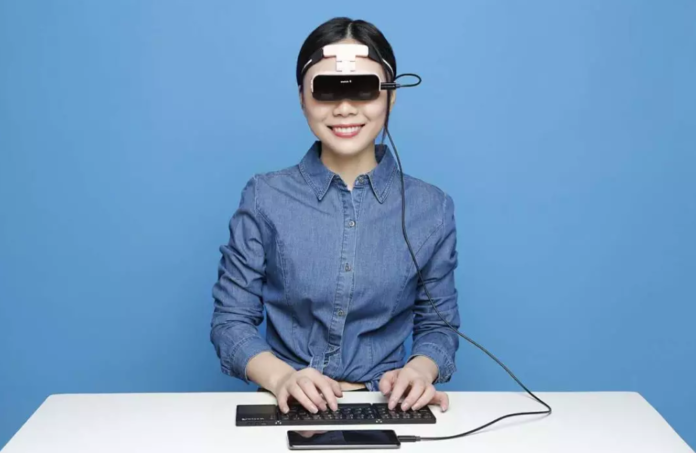 Beijing NED Ltd., a Chinese high-tech company that develops optical modules for augmented reality (AR) and virtual reality (VR) smart glasses, announced on Tuesday that it has raised RMB100 million (US$14.48 million) in a series A round of financing from Lenovo Capital and Incubator Group (LCIG).

The Beijing-based start-up, fully known as Beijing NED+AR Display Technology Co Ltd, was founded in 2015 to design, develop, produce, and technically support optical modules for AR and VR smart glasses. The company also involves in the research and development of optical display components for AR glasses. The company said it delivers customized optical display solutions and systems for customers in various industries, especially in the direction of free-form AR optical technology with independent intellectual property rights.

The company announced in September 2017 to have realized the mass production of its high-definition AR smart glasses model, "NED + Glass X2." The product integrates a variety of sensors, including glasses-integrated position tracking sensor, distance sensor, light sensor, speakers, and other equipment to enable a camera of eight million pixels.

Proceeds will be used to lift the mass production and delivery capacity of its optical modules for AR smart glasses. The company also plans to use the capital to upgrade its head-wear AR smart glasses products, according to a statement released by LCIG on its WeChat official account.

"When the virtual world overlays with the real world, a significant change will come in the application environment of various products. The AR and VR will become the new-generation computing base in the smart internet era," said He Zhiqiang, LCIG president and managing partner.