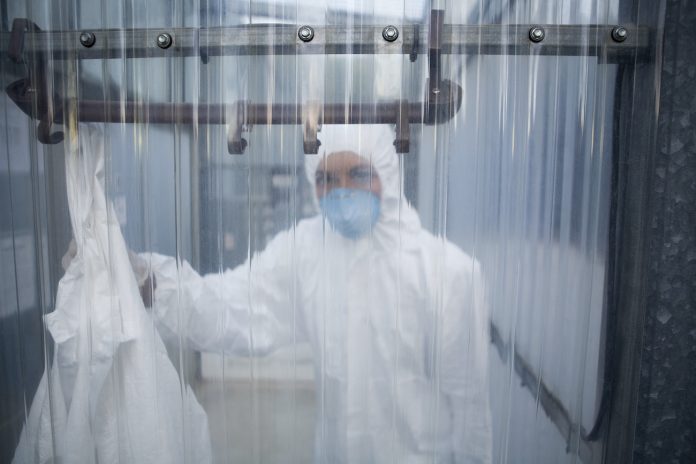 SARS helped kill two of my Beijing tech businesses in 2003. And in the months following SARS, I saw an exodus of foreigners and foreign businesses from China because of the viral hit. And some Chinese-owned startups closed too. Statistics about business and life during that time appear sanitized over the years, so the true impact may be played down today. But the rawness of that period still resonates for me, and I see important lessons for both primary and secondary market investors.

The downside of SARS in China was compounded because 18 months previous we had also suffered the economic hit of September 11. The one-two punch of 9-11 and SARS qualitatively appeared to decimate some sectors in Greater China. Now in 2020, the potential for trouble still exists because there are some situational similarities. The U.S.-China trade war already hit certain industries in China, and Coronavirus/COVID-19 is doing no favors to those hard-hit companies. So the lessons we all learned in 2003 should be part of the playbook for investors and tech entrepreneurs today in Greater China as we now deal with coronavirus.

Lesson 1 for Tech Entrepreneurs: Conserve Cash Intelligently.
Even more so than usual, don’t financially over-extend yourself. But the irony of cash conservation is that if everyone does it, then nobody spends money and all businesses thus take a bigger hit. So do spend money, but be careful. During SARS, my sales VP wanted us to stop buying our company-financed breakfast snacks from the woman on the corner who daily sold us youtiao and baozi because he was worried the snacks were tainted with SARS. It cost us only RMB20/day and the money was more important to the woman than our company, so we continued purchasing her breakfast food regardless if our staff chose to eat it or not. And our landlord also granted us lower lease payments for a few months.

While it doesn’t seem like a major problem in mainland China, in the Special Administrative Region of Hong Kong there are now stories coming out about landlords being inflexible in providing adequate rent reductions for commercial space. Keeping the wheels of the economy greased is important now for faster recovery later.

Lesson 2 for Tech Entrepreneurs: Keep Operating.
Unless there is a government mandate to close shop, continue as a going concern. If staff are uncomfortable to enter public areas, find ways they can work from home. But keep the ship afloat and don’t take this period as a time to relax. Back in 2003, laptops in offices were uncommon and it was troublesome for staff to bring home their big desktops and hefty monitors. Now in 2020 with so much running on SaaS, it’s much easier for offices to truly mobilize themselves.

But of course blue-collar jobs fare better with home-based work than service or manufacturing jobs. So creativity in use of resources is important.

Lesson 3 for Tech Entrepreneurs: Expand Markets.
Admittedly easier said than done, it’s time you expanded out of China into Vietnam, Thailand, Korea, etcetera. Not only will you better hedge against currency fluctuations, you will also be able to insulate yourself from effects any one geography can wallop at your business. After the financial crisis of 2008 (and China’s new manufacturing-unfriendly Labor Law was enacted that year too), we saw manufacturing companies begin their exodus from China to places like Vietnam. You’ve already lost a decade if you have not already started your corporate diaspora.

Lesson 4 for Tech Entrepreneurs: Stay Alert and Informed.
During SARS, one of my staff asked us to pull the shades down on the Beijing office windows overlooking Jianguomenwai so we could better protect ourselves from any viral fumes emanating from the rumored trucks taking SARS-infected people out of the city. Another staff amplified unsubstantiated rumors that there were mass graves outside of Beijing where the dead were buried. In the absence of a reliable, honest information source, it’s easy for ridiculous rumors and misinformation to spread. So it’s your job to be the arbiter of truth and not fall prey to hysteria. Common sense should overrule any other type of information source because history consistently shows there are no reliable narrators. You should second-guess all information, and ultimately rely on common sense and your own analysis of the data. If your common sense does fail you, it’s a red flag you should not be leading a business.

That all said, your business may still go belly-up. My two businesses that died in 2003 — one an online game company and the other an email publishing business — were hit because we relied too much on travel-focused advertising dollars. And maybe because we spent too much money during SARS on those breakfast foods from the street corner? After 9-11, advertising budgets globally took a hit and were just starting to recuperate when SARS arrived and further crippled budgets in China. And SARS not only impacted ad budgets for 2003, but 2004 was also affected because of lost corporate revenues in 2003. It wasn’t until the full 2005 fiscal year that the situation normalized. So my companies should have had a more diverse revenue stream to cushion ourselves against pain in one revenue bucket.

But what about investors who operate vicariously through their financings? Especially for secondary market equity investors, the big lesson is to ask questions and be suspicious during this period of uncertainty. Ever since Netease.com was delisted twenty years ago, and then Muddy Waters broke open the suspect financials of a generation of Chinese tech firms ten years ago, and in the past week Luckin Coffee has been hit with accusations of financial misdealings, secondary equity investors focused on China have had short memories.

Some Chinese Internet companies "prospered" during SARS. If you look at the earnings reports from the top Chinese tech companies at the time, they showed no considerable revenue downturn. But they should have: ad budgets were slashed during SARS and were negatively impacted for at least a year and sometimes more afterwards. Don’t forget that smartphones were not present in 2003, and Internet cafes were where so much Internet traffic originated. But Internet cafes were closed during SARS — Internet traffic should have dropped during SARS, and thereby impacted Chinese Internet companies’ revenues. So for at least part of Q1 2003, Internet companies should have seen decreased traffic, and therefore decreased ability to make money. My own online game company which partnered with one of China’s top Web portals definitely saw a user and revenue decline during that period.

But Internet companies did not appear to be hit by anything. That’s great if you’re not a short-seller and are already holding those equities, but I wonder if some of the financials of the time were genuine. My own game company saw first-hand the downturn, but this was mysteriously not reflected in many of the publicly-listed company financial statements, including the same ones with whom we partnered and who we saw were struggling each day during the crisis.

But three months later on July 23, 2003, Sina’s CEO reported on their Q2 earnings release: "SINA accelerated its growth momentum. By leveraging our strong brand and strategically targeting growth opportunities, we more than doubled our net income from a quarter ago, despite the effect of SARS. We have proven ourselves again to be the leading Chinese online media company with a balanced and sustainable business model."

During that Q2 for Sina, their net income grew to US$7.1 million and advertising revenues for the quarter grew by 63% year-over-year and by 30% quarter-over-quarter to US$9.5 million. That was miraculous, seeing that so many netizens should have had diminished access to the Internet and many ad campaigns were paused during that period.

By the time Sina reported their Q3 results on October 27, 2003, there was no longer any mention of SARS or its impact. It was as if SARS did not happen, had no immediate impact, and had no mid-term effect. Again, that’s fantastic from a certain type of secondary market investor’s point of view. But was it really accurate? I doubted so at the time because I was partnering with their rival and saw first-hand the economic hit on both online games and online advertising. But even my partner, who was a Nasdaq-listed portal like Sina, reported to investors that SARS didn’t slow their growth.

So since history often repeats itself (and some of the CFOs today were finance associates back then), it’s the job of the sane investor to ask questions and to use common sense. For example, there is news now that delivery-based services in China are suffering. Yet, everyone I know in mainland China is relying so much on delivery services. Whose data is correct? Again, in the absence of a reliable narrator and accurate data, one’s own gumption is the only good measuring tool.

Just like the entrepreneur who is trying to keep their business afloat in China during this challenging period, it’s the responsibility of the secondary market investor to use good wit and judgment to sally through this time. China’s GDP in 2020 is 7 times larger than it was in 2003, so there is much more at stake today than before. The period from 2003 until now has also shown us that Chinese tech firms are strong and efficient. For managers who worked through SARS, they should be hardened to overcome the current troubles.

And 2020 offers a wider array of more resilient business models in China that can subsist or even grow if netizens do stay at home. Mobile games now have taken over console-based games. Douyin/TikTok and other online entertainment channels exist where they didn’t in 2003. Online tutoring in 2020 is now much easier to handle via all the WeChat and Web-based tools, and enterprise-focused apps now make it easier for white-collar staff to work from home.

During SARS, many cities in China passed and enforced stricter anti-spitting rules. And those rules appeared to visibly work for a while as I witnessed people on the streets spitting into trash receptacles or into tissues rather than onto the pavement. But towards the end of 2003, I saw more people again spitting on the streets and I thought, "Ah, we have returned to normal." Let’s hope that new normal arrives soon for COVID-19, but let’s try to retain some of the lessons we gleaned during the crisis.