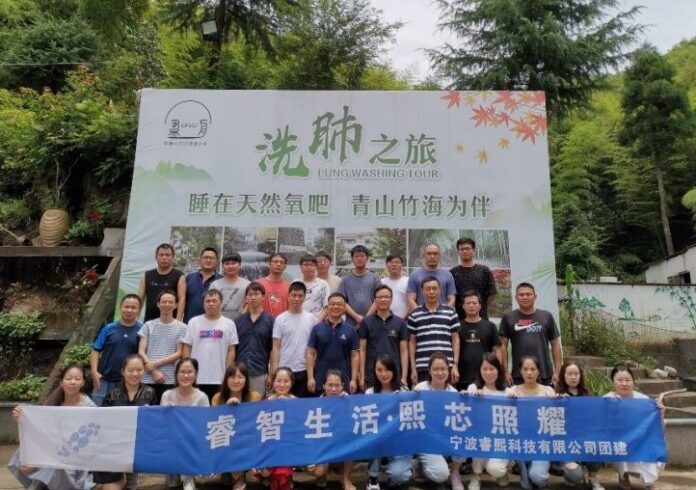 The round of financing is mainly used for the next stage of mass production of chips and investment in tape-out R&D. Prior to this, the company had received angel round financing from Sunny V Fund in September 2017, and PreA round financing by Morningside Ventures and Tianchuang Capital in August 2018.

RaySea Technology was founded in 2017 and is mainly engaged in the research and development and mass production of VCSEL chips and derivative products. The company’s current products cover consumer electronics and data communications.

The company’s team has experiences from optical communication background and is the core entry point for its products. After more than two years of development, the company now has a full range of VCSEL chip product lines for consumer electronics needs. The chip’s output power ranges from 10mW to over 8W, wavelengths include 940nm and 850nm, and supports structured light, ITOF, DTOF 3D solutions.

RaySea Technology focuses on 3D face recognition on mobile phones (structured light, ToF), offline face payment (mainly structured light, part of ToF), and floor cleaning robots. From the front-end face recognition of mobile phones and the back-end AR application chips to modules, all have passed the certification of TIER1, and have fully entered the level of mass production.

Currently, cooperation projects with TIER1 suppliers are underway. The face payment solution has been certified by WeChat and Alipay. The floor cleaning robot entered the stage of sample to small batch production, and it is expected to achieve mass production by the end of this year.

In the area of telecommunications, the company has completed the run-in development based on the 6-inch wafer process. The chip performance fully meets the 25G application. It can be widely used in data center, AOC, HDMI and other scenarios. At present, the reliability certification has ended and will enter the mass production stage in the second half of the year.

In the automotive field, it had in-depth cooperation with the world’s largest automotive lens supplier and has completed the customized development of VCSEL chips for automotive lidar. The chip has a peak output power of hundreds of watts, about a thousand light-emitting points, and supports line-by-line sequential lighting. The second-generation product is currently being developed.

Compared with integrated circuit design, the optical chip is highly dependent on the process, while the upstream foundry standardization is low. The multi-layer epitaxial structure of VCSEL makes its epitaxial requirements very high.

There are many know-how in the process, and the lithography link is relatively standardized. Start-up companies often choose between Fabless and between Fabless and IDM (part of the OEM + part of the self-built production line) in terms of strategy formulation, and need to weigh the company’s reserves of funds, technology, experience.

RaySea adopts the fabless model. In terms of mass production control, the company has a senior team in Taiwan to control the foundry. On the other hand, the company team participates in the formulation and improvement of process parameters, and works with the foundry to study new processes to further improve product quality.

The robot navigation system has gone through the development stage from gyroscope to laser navigation, and is transitioning to visual navigation. According to Dr. Liu Chiyu, the founder of RaySea Technology, the current penetration rate of optical perception is about 10% and will be further expanded in the future.

Similar to the application of 3D perception on mobile phones, the 3D perception technology of cleaning robots also includes structured light, stereo vision, and 3D ToF. Compared with stereo light, which is vulnerable to the limitation of the lighting environment, the cost of structured light is high, and the measurement distance is limited, ToF is used by most people in the industry.

According to Yunxiu Capital’s statistics, the amount of equity investment in the semiconductor field in the first half of the year exceeded RMB60 billion yuan in China, twice as much as last year. Emerging semiconductor applications such as 3D perception measurement, Alot, and 5G further expand the market potential. In addition to RaySea, a number of VCSEL chip companies completed financing in the first half of this year.