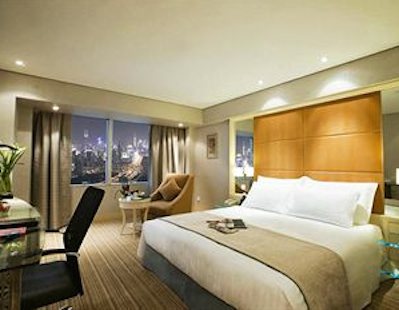 The transaction, which will be completed through Starwood Capital’s affiliate Star SDL Investment Co., is expected to be completed during the first quarter of 2015.

In December 2006, Starwood Capital Group invested US$30 million in Shanghai Jin Jiang International Hotels (Group) Company Limited, becoming the largest outside shareholder in the company. It’s not clear what happened to Starwood’s stake in Jin Jiang.

Jin Jiang’s relationship with the Louvre Hotels Group, which is the second-largest European hotel group, dates back to November 2011. The two established a partnership introducing co-branding program to selected hotels in major cities of China and France.

Separately in July, Euro-Asia private equity fund A Capital says it plans to establish a partnership with Louvre Hotels Group to build 50 hotels in Germany within the next four to five years.

Jin Jiang International Holdings Co., Ltd. is one of the largest hospitality and travel conglomerates in China. It owns and operates over 1,700 hotels in 11 countries of Asia, Europe and America.

The Louvre Hotels Group owns and manages 1,115 hotels in 46 countries around the world, of which 85% are in France.