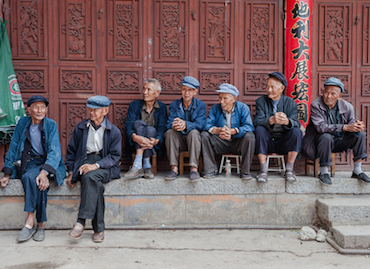 For countries with a population of over 100 million, China is the country with the fastest structural changes, declining birthrate, and fastest-aging population.

China, with its 1.4 billion people, is facing a looming demographic crisis that could potentially threaten its economic growth in the future.

The latest census data from 2020 has not yet been released and it is expected to be released in April 2021. But from data gleaned from various places, it is likely to continue existing trend of declining birthrate and rapid aging.

According to data released by the National Bureau of Statistics, by the end of 2019, the number of elderly people aged 60 and over in China reached 254 million, accounting for 18.1% of the total population. Those over 65 years old accounted for 12.6%. At the same time, the natural population growth rate in 2019 has also reached the lowest level since 1961.

Among all the populous countries in developed countries, Japan is recognized as the country with the fastest aging rate. China has reached the crossover point and entered the reversal period with a faster pace, says Li Jianxin, professor of the Department of Sociology and the Institute of Sociological Anthropology at Peking University.

Li Jianxin believes that China’s demographic changes and rapid changes in labor structure are not conducive to the enhancement of China’s overall development.

"We are not prepared enough (for the demographic changes)," Li Jianxin said. The worry is that China will get old before it gets rich.

The number of births in China has seen negative growth, and the labor population has entered a negative growth period. This happened before China can become a country with high level income.

However after the 1950s, the Chinese population has rapidly changed from a high birth rate and high death rate of 40‰ to a low birth rate and low death rate. By the end of the 20th century, this change has been completed in a much shorter period of time.

"It represents a big challenge in China and will affect all aspects of China, including China’s sustainable economic development, social stability and harmony, national defense, and the inheritance of the Chinese civilization. Together, it will affect China’s overall national power," Li said.