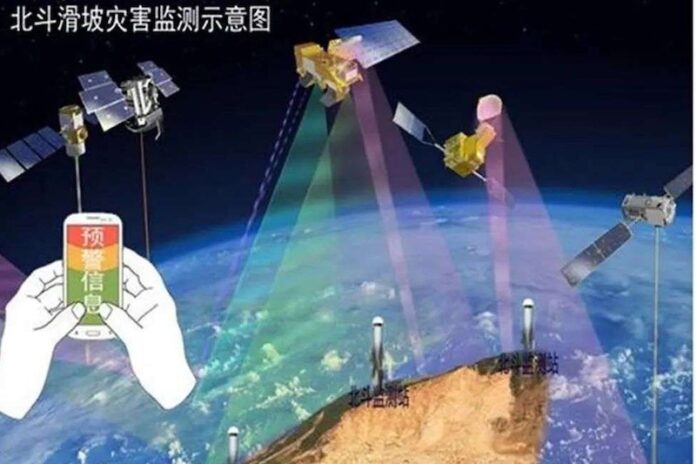 The China Geological Survey of the Ministry of Natural Resources has developed a first-generation landslide instrument and intelligent early warning system in conjunction with more than 20 universities and research institutes.

This system can collect real-time data such as terrain changes and rainfall related to landslides, mudslides and other disasters, and send clear early warning signals to the administrator in time to assist emergency response before the disaster occurs.

This system is also solving problems for people in mountainous areas plagued by disasters such as landslides and mudslides. Yin Yueping, chief scientist of the Geological Environment Monitoring Institute of China Geological Survey, said: “At present, this system has completed the system connection and real-time data synchronization of Guizhou, Gansu, Yunnan and nine provinces and cities."

It is reported that the equipment is currently being tested at 2,512 locations across the country, sending early warning for 15 geological disasters and avoiding 366 possible casualties due to the disaster.

At the same time, the official "Geological Hazard Special Group Combined Monitoring and Early Warning Technology Guide" has also been released, which is equivalent to providing a "instruction book" for the development and operating standards of the national disaster prevention and control systems, according to Chinese media reports.

The operation of this system mainly includes three processes:

1. The front end collects data. At the front end, data such as rainfall and surface deformation are collected through universal earth disaster monitoring equipment for data collection. This is the "perception" link in the corresponding IoT architecture.

3. Back-end data integration. At the back end, the data algorithm model is used for monitoring and early warning, and the early warning signals of blue, yellow, orange and red are issued to the terminal platforms such as mobile phones and PCs of the monitoring personnel. This is the "integration" link in the IoT architecture.

In general, the landslide instrument is connected with the intelligent monitoring and early warning system to form a complete set of AIoT disaster monitoring system.

The Beidou satellite system acts on the pipeline, or the data transmission link in the monitoring and early warning of earth disasters. In mountainous areas where landslides and mudslides occur frequently, they are often located in remote areas with complex geographic conditions. Many traditional networks are limited, and even line erection and power supply are not always easy to install. Therefore, how to transmit data has become a key issue.

Satellite communication methods represented by Beidou and narrowband Internet of Things satellites have become the ideal choice for earth disaster monitoring by virtue of the advantages of globalization without blind spots, all-weather coverage, and low latency.

Before the disaster occurs, when the regional sensors sink or drift, the Beidou satellite can perceive the changes in its terrain, transmit the data to the background system, and combine with other monitoring data to perform all-weather automatic online monitoring and early warning.

Landslide meters and intelligent early warning systems have completed experiments in 2,512 locations in 9 provinces across the country to accumulate data required for artificial intelligence model training.

Yin Yueping, chief scientist of the Geological Environment Monitoring Institute of the China Geological Survey, said: "Last year we monitored 2,000 locations. This year we will install more than 22,000 monitoring and early warning points. The focus is on monitoring and early warning in the earthquake mountainous and alpine valley areas. We will have a large number of samples. So in the next step, there will be a significant improvement in machine learning artificial intelligence early warning."

Market-oriented enterprises are also doing the same thing. Taking Insentek as an example, the company has established an open monitoring network for geological disasters nationwide, and recruited 25 cooperative landslide monitoring points. It will continue to open up these monitoring data to facilitate industry open research and application.

There are also some researchers who use other video information algorithms and forecasting algorithms to improve forecast accuracy. However, in general, traditional algorithms require huge amounts of data and computing power, and at the same time, it is difficult to achieve satisfactory forecast accuracy.

Deep learning has opened up new ideas for earth disaster monitoring. On the one hand, in terms of data collection and analysis, landslide bodies can be identified through target detection based on deep learning, such as classification based on possible regions and regression based on bounding boxes.

On the other hand, the use of deep learning models to learn disaster data and early warning records from various places to form a disaster monitoring model algorithm will greatly reduce the original workload and obtain more accurate monitoring results.

However, many Chinese companies have not yet set foot in this type of geological disaster model because this type of model requires multiple sensing devices for collaborative calculation, which is more complicated; and there is less data available for disaster prediction model training, and the acquisition channels are relatively limited.

It appears that the application value of deep learning in ground disaster monitoring has been recognized by the industry, but the field is still in the preliminary stage of exploration.