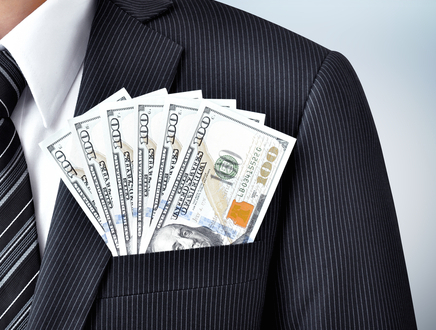 Around 74% of almost 200 private equity firms surveyed globally have made firm-wide increases in base salary from 2014 to 2015. The average increase in salary was 7%, with 14% of firms increasing base salaries by more than 10%, according to industry data tracker Preqin’s new compensation report.

Around 46% of firms increased their performance-related cash bonus pay-outs in 2014, up from 26% of firms that increased bonuses in the previous year.

The median bonus pay-out increase in 2014 was 20%, while only 16% of firms reported a decrease in the levels of cash bonuses paid to employees.

"2015 seems to have been a good year for employees of private equity firms, with salaries and cash bonuses both increasing," says Selina Sy, manager at Preqin.

"With many firms planning to increase their staff numbers and base salaries again in 2016, competition for talent looks set to continue, as firms seek to attract new recruits while retaining current staff," she adds.

From 2015 to 2016, 76% of surveyed firms plan to increase their firm-wide base salary, while 22% predict no change in pay rates. Only 2% of firms anticipate reducing base salaries next year.

Private equity firms in the Asia-Pacific region have the highest median proportion of women, at 40% of total staff. Women represent a median 35% and 33% of staff respectively at Europe and U.S. based firms. At South America-based firms, women comprise a median of only 15% of total staff.

Private equity firms globally raised a total of US$362 billion at the end of the third quarter, broadly on track to match the US$552 billion raised globally in 2014.

The record year for private equity fundraising is still 2008, when funds raised an aggregate US$688 billion in capital commitments.

China’s NPL Securitization Will Pose Challenges To Investors And Banks