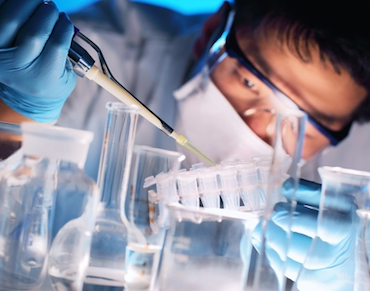 Dendreon’s first and only commercialized product is Provenge, an autologous cellular immunotherapy for prostate cancer treatment approved by the U.S. Food and Drug Administration in April 2010.

The number of prostate cancer case has increased by ten times in the past 20 years in China, according to surveys cited by the companies in a statement.

"We aim to introduce one of the most advanced medical technologies and treatments to China and also other major Asian markets, and make Sanpower Group China’s leading enterprise in cellular immunotherapy," said Yuan Yafei, chairman of Sanpower Group.

With this sale, Valeant will exit one of its non-core therapeutic areas oncology in order to focus on its core businesses.

After the completion of the acquisition, Sanpower Group plans to accelerate Provenge sales penetration into the U.S. and also align its own resources to introduce Provenge to China and other major markets in Asia.

The big data from its cord blood bank provides the foundation for precise medical care. The acquisition of Provenge will allowed the group to expand its umbilical cord blood bank to practical application.