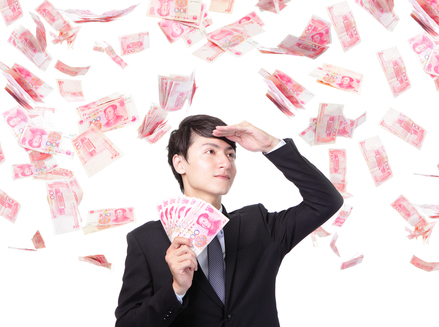 RMB funds have become increasingly dominant in Chinese venture capital and private equity market over the last five years, largely driven by the establishment of massive RMB-denominated state-backed funds and government guidance funds. The role of funds denominated in foreign currencies has fallen by almost half over the same period, according to data from ChinaVenture.

Foreign denominated China-focused venture and private equity funds raised RMB69.4 billion (US$10.1 billion) in total last year, taking a 19.4% share of aggregate fundraising,  down by almost half compared to a 37.1% portion it occupied in 2012 in terms of total fundraising,

But the drop of foreign currency funds in China in terms of fundraising total is significant as it is driven largely by the establishment of massive RMB-denominated state-backed funds and government guidance funds. For example, China’s state council approved a RMB200 billion (US$30 billion) venture capital fund to invest in innovative technology and industrial upgrading projects last summer.

Despite the increase in large government-backed funds, the RMB fund landscape is dominated by smaller and newer entities, while foreign currency funds remain more established and larger. In 2016, the average size of RMB funds was RMB583 million (US$85 million), while foreign currency funds, mostly U.S. dollar vehicles, had an average size of RMB1.78 billion (US$259 million).

In terms of investments, the venture and private equity markets remained reasonably active in 2016, with investors becoming more rationalized in their investments and valuations maintaining a reasonable range. The Internet sector remained the most targeted industry for investments, with 843 deals out of the 3,683 deals in total inked in the sector. IT and healthcare followed, with 564 and 440 deals in each category.

The New Third Board in China became the most important exit route for venture and private equity firms last year, with 61.5% of exits involving listings on the the National Equities Exchange and Quotation (NEEQ). Toward the end of the year, however, some investors were fleeing the New Third Board because of poor liquidity and seeking alternative options in order to secure real liquidity.

There were 277 exits via initial public offerings on China’s more established and liquid exchanges, taking a 13.8% stake of the total. Around 11.1% of exits involved mergers and acquisitions, with a total of 223 such exits recorded last year.