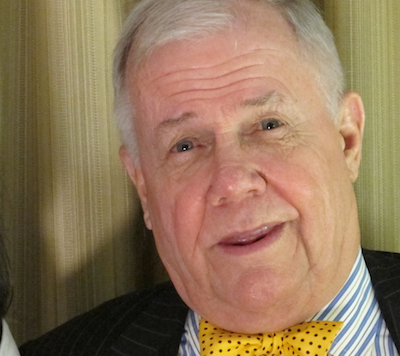 The announcement came a week after Tiger Brokers said it had raised RMB100 million (US$14 million) in a series B+ round led by China Growth Capital. The company did not disclose how much Rogers has agreed to invest.

"What Tiger has been doing, which is use technology to trade around the world, reserve a bright future," said Rogers. He is bullish on the growth momentum of China’s fintech industry, claiming that the Internet-driven transformation across the financial sector will benefit the growing number of Chinese investors seeking to optimize their asset allocation.

"Everybody will be able to trade in everywhere and Tiger appears in the right place, at the right time," Rogers added.

"Tiger Trade is a fintech product designed by the company as a one-stop stock trading platform for global Chinese-speaking investors to conveniently access to cross-border investment portfolio," said Wu Tianhua, founder and CEO of Tiger Brokers.