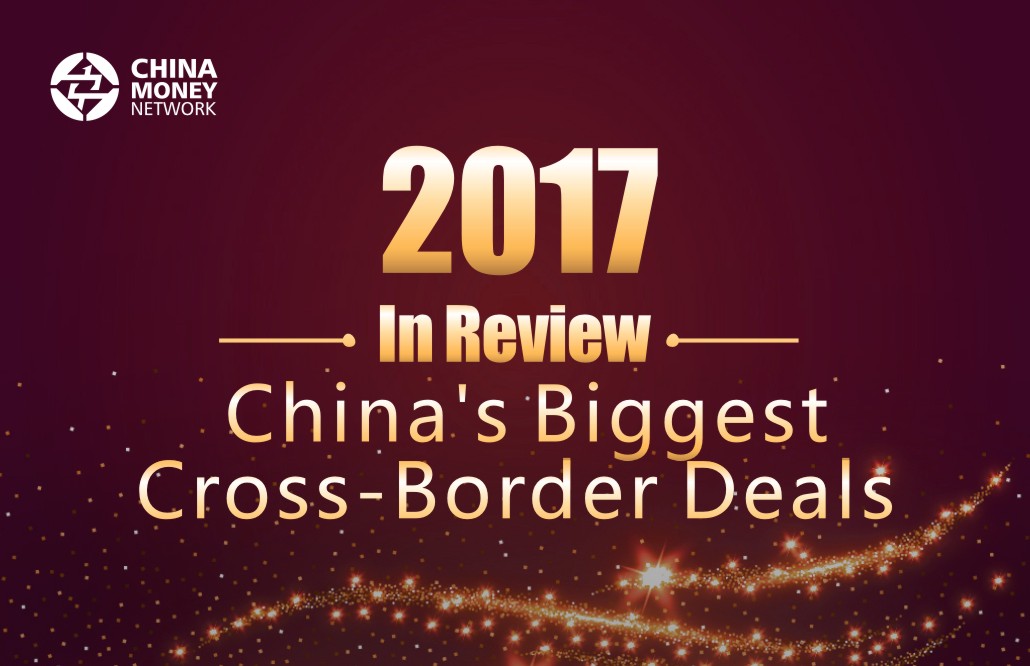 Seven of China’s ten biggest outbound M&A deals of 2017 were in the logistics, energy and mining sectors, reflecting Beijing’s year-long crackdown on what is considers "unsound" overseas investments. This marks a sea change from 2016, when eight of the ten biggest cross-border M&A deals were in the technology, entertainment and tourism sectors.

This year, except for one technology deal and two transactions in financial services, all other deals – in fact the six biggest of the top ten – were in more traditional sectors. The biggest deals included China Investment Corp’s US$13.8 billion acquisition of European warehouse and logistics real estate operator Logicor Europe from Blackstone, the US$11.6 billion privatization of Singapore-headquartered logistics facilities operator GLP by a group of Chinese investors, as well as the US$8.4 billion purchase of container transport and logistics services provider Orient Overseas (International) Ltd. by China’s COSCO Shipping and Shanghai International Port Group.

Despite policy tightening, overall Chinese outbound investments remained robust. A total of 591 Chinese deals have been announced so far this year, worth more than US$139.8 billion, down 24% and 36% year-on-year respectively, according to data from Dealogic. However, total deal value of outbound M&A deals by Chinese companies in 2017 still registered a 43% jump when compared to 2015 levels. 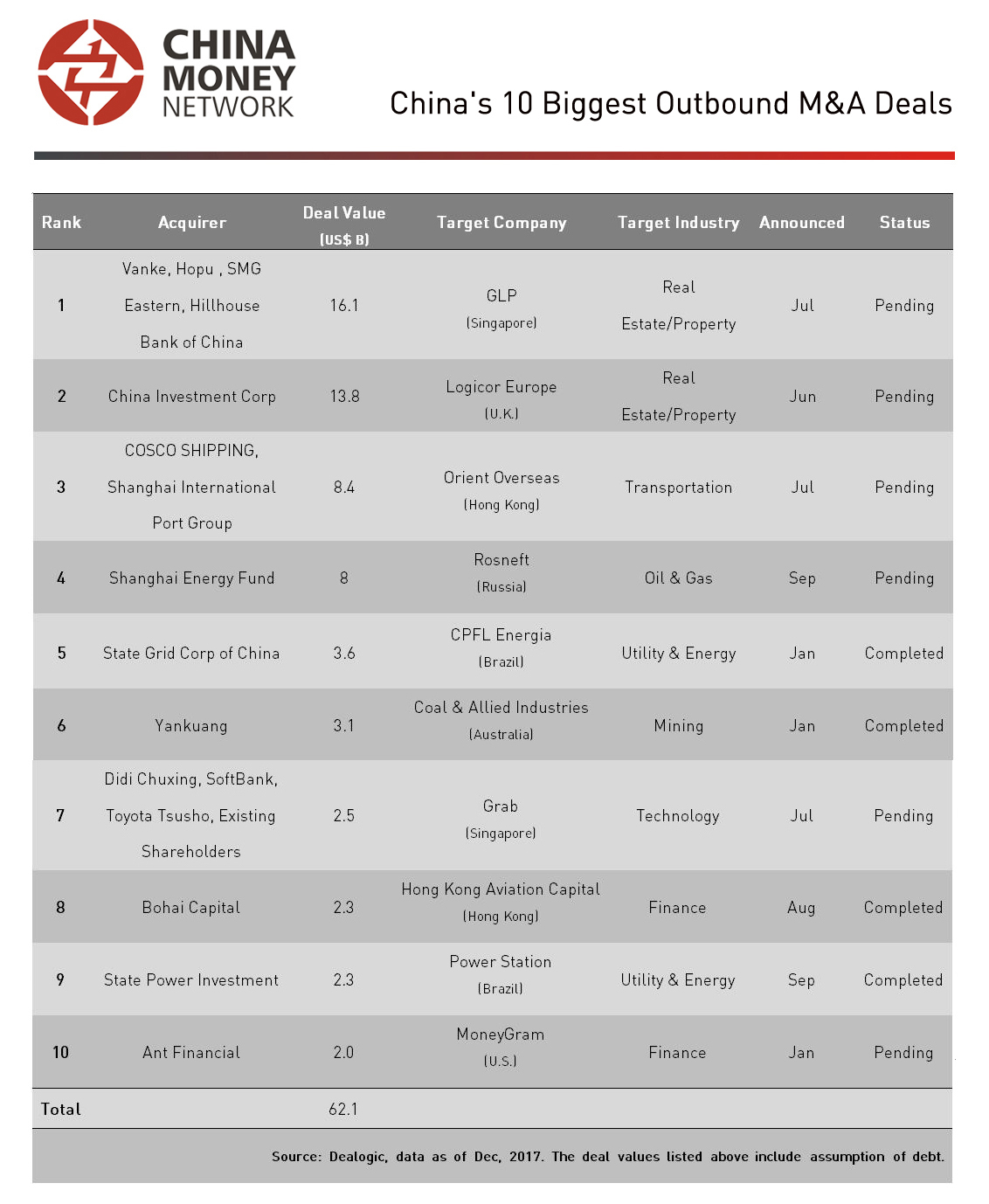 At the same time, the U.S. is increasing scrutiny of Chinese investments in what it considers crucial or sensitive industries, putting additional pressure on Chinese outbound investments. Last month, U.S. lawmakers proposed a new set of laws to limit Chinese investments, specially in artificial intelligence, robotics and aerospace. Over the summer, President Trump blocked Canyon Bridge Capital Partners’ US$1.3 billion acquisition of Lattice Semiconductor Corp. Meanwhile, Ant Financial’s plan to acquire MoneyGram for US$2 billion, which ranks as the 10th largest outbound investment of the year, remains pending, awaiting approval by the U.S. Committee on Foreign Investment. 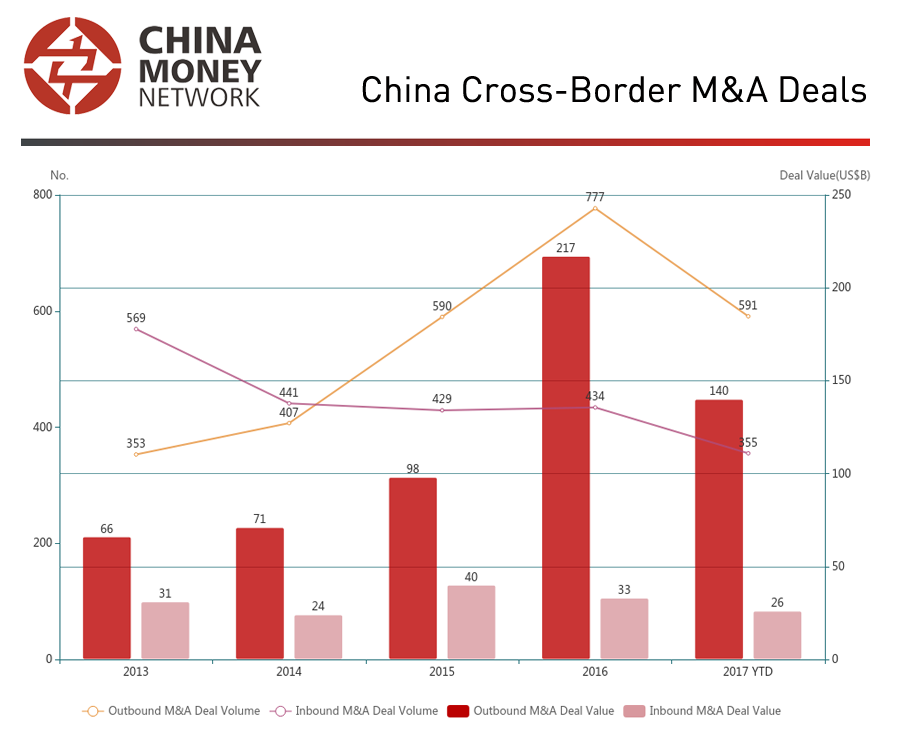 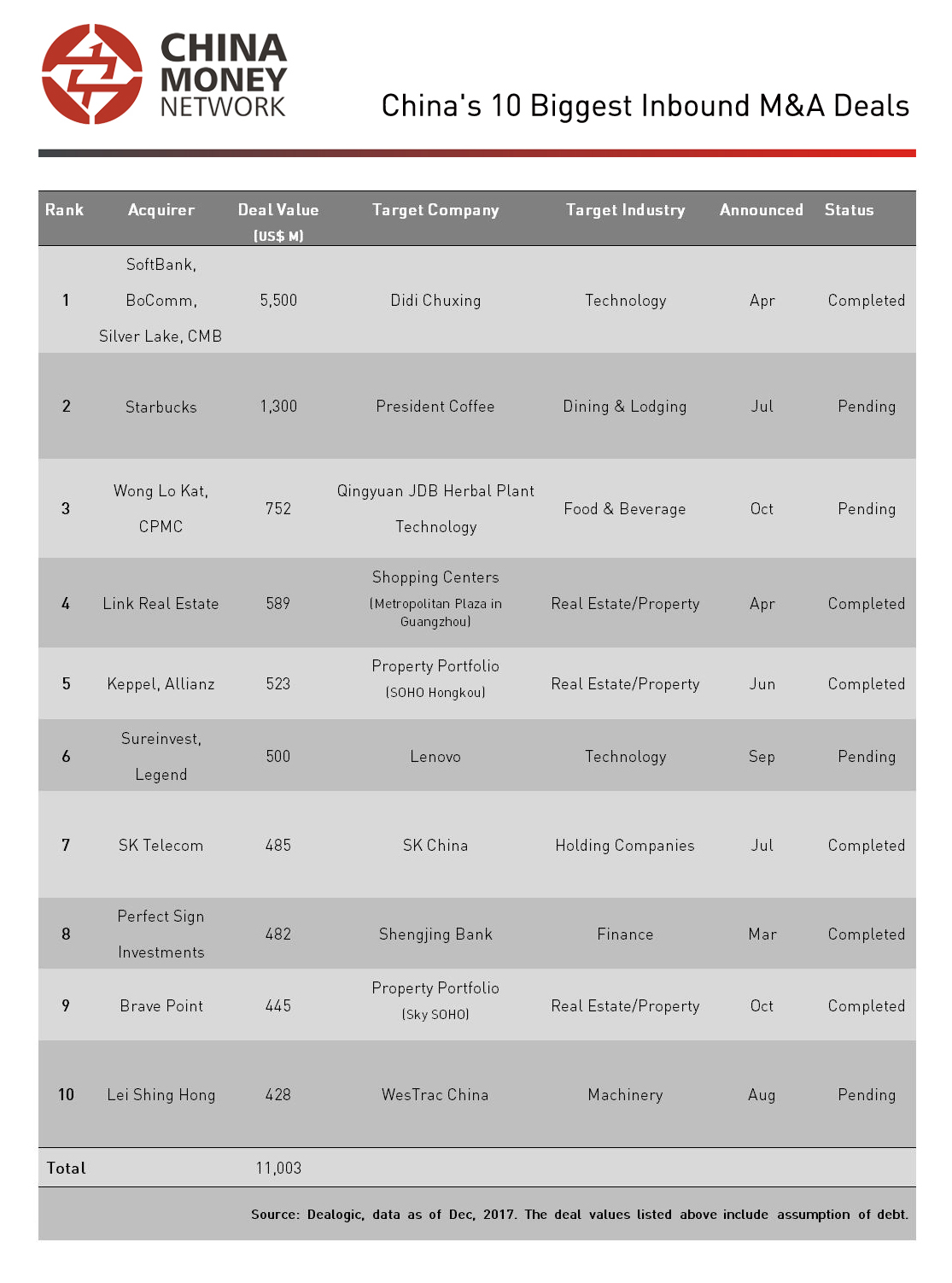