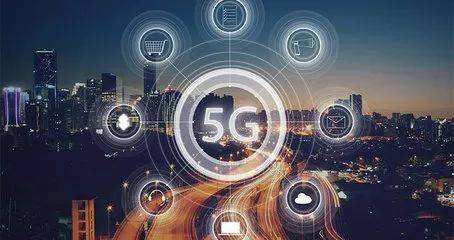 China has launched various 5G scale test and application pilot programs, while local governments are setting 5G coverage schedules and accelerating infrastructure construction, as the country races to seize the advantage of 5G technology, according to multiple Chinese media reports.

Local governments have also targeted the huge potential of 5G and accelerated infrastructure construction. On August 1st, Hainan Province issued an action plan to invest more than RMB12 billion in three years to build a high-quality communication network. On August 7th, Zhejiang Province issued a guiding opinion on promoting the scale experiment and application demonstration of 5G network. In addition, Shanghai plans to launch a large-scale field test in the second half of the year, and launch a 5G network construction in the second half of 2019 to carry out pre-commercialization.

The 5G base station is under construction. Beijing Unicom announced the “5G NEXT” program on August 13 and officially launched the first batch of 5G sites in Beijing. Beijing Unicom took the lead in launching a 5G scale trial for commercial use, and plans to build 300 stations by the end of 2018. Chongqing City has clearly established that by 2020, it will build more than 12,000 5G base stations and promote 5G scale deployment. Hebei Province will also comprehensively sort out the resources of the province’s communication base stations and social towers this year, and complete the 5G base station site planning.

"At present, China attaches great importance to the promotion of 5G network construction and commercial use. The government and the three major telecommunication operators have issued a clear 5G commercial timetable, which will ensure the smooth construction and commercialization of China’s 5G network," said Wu Hequan, academician of the Chinese Academy of Engineering, to Chinese media.

Industry insiders also say that 5G development will help accelerate the use of unmanned vehicles and drones. It is reported that Beijing Unicom has reached a 5G business cooperation intention with a number of enterprises, and actively deploys 5G networks in the fields of automatic driving, smart logistics, and drones.

Some guiding documents regarding 5G development in China include the following. On May 17, China’s Ministry of Industry and Information Technology (MIIT) and the State-owned Assets Supervision and Administration Commission jointly issued an implementation opinion on speeding up the network and nurturing new momentum of economic development, emphasizing the accelerated development of 5G technology.

On August 10, the MIIT and the National Development and Reform Commission jointly issued the "Three-Year Action Plan for Expanding and Upgrading Information Consumption (2018-2020)", proposing to accelerate the research and technical trials of 5G standards, and promote the construction of 5G scale network and application demonstration projects to push ahead 5G commercial use.