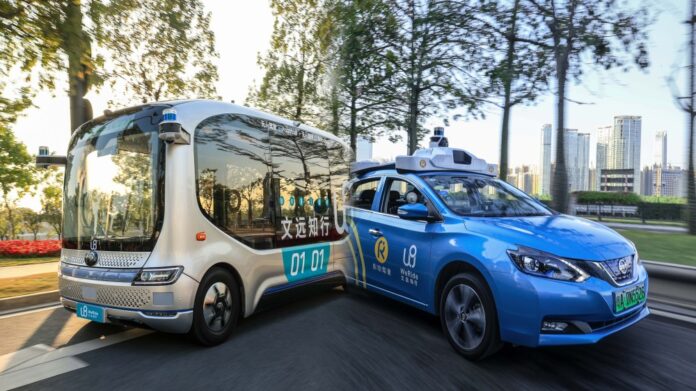 Established in June 2018, MoonX.AI is focused on transforming the freight industry through autonomous driving technology, with a fleet of more than 20 self-driving passenger vehicles and trucks. It has completed open road tests and trial operations in Shenzhen, Xiamen and Quanzhou, along with over 300,000 kilometers of autonomous testing. MoonX.AI has formed strategic partnerships with a large-scale logistics company, Xiamen Public Transport Group, and the Chinese fruit chain store Pagada.

Tony Han, Founder and CEO of WeRide, said: “We are excited to welcome MoonX.AI to join the WeRide family. Dr. Yang and his highly accomplished team have best-in-class technological expertise, as well as operational know-how in the commercial application of driverless technology. With our shared vision and belief in autonomous driving and the continued expansion of our engineering team, WeRide is committed to accelerating the commercialization of driverless technology and leading the industry to achieve further innovations and breakthroughs.”

Dr. Yang said: “WeRide has been a leader in the research, development and commercialization of L4 autonomous driving technology and remain committed to the industry’s long-term growth. I am looking forward to bringing my industry experience and working alongside the dedicated team to deliver further breakthroughs and broader applications of fully autonomous driving technology.”

Dr. Yang will be responsible for WeRide’s autonomous driving products innovation, while overseeing the company’s research institute. WeRide also announced the opening of its Shenzhen branch which will operate under Dr. Yang’s leadership.

Dr. Yang received his Ph.D. in Electrical and Computer Engineering from the University of Illinois at Urbana-Champaign (UIUC) in 2010. He is a well-respected expert in the autonomous driving industry and a renowned scholar in computer vision. He has published and presented over 30 academic papers at top-tier computer vision conferences and in major journals (CVPR/ICCV/ECCV/IJCV/PAMI).

Prior to founding MoonX.AI, Dr. Yang had served as Senior Director of Autonomous Driving in DiDi Chuxing and Assistant Professor in Computer Science at the City University of Hong Kong. In July 2019, he received the Industrial Distinguished Leader Award by the Asia Pacific Signal and Information Processing Association (APSIPA) for his significant contributions to the field of autonomous driving.