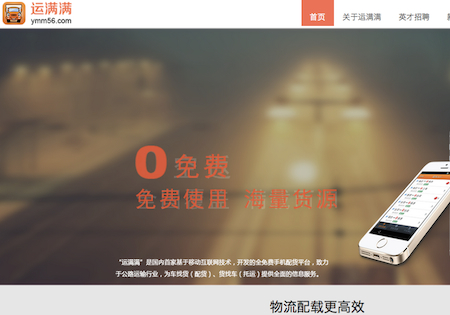 Shanghai-based online logistics firm Yunmanman has completed series B round of funding worth several hundred million RMB led by Sequoia Capital, according to Chinese media reports.

In December 2014, Yunmanman received US$5 million series A funding from Lightspeed.

Yunmanman utilizes its mobile Internet platforms to match logistic flows, including those of trucks, merchandise, and drivers, more efficiently. The company currently covers over 200 cities in China.