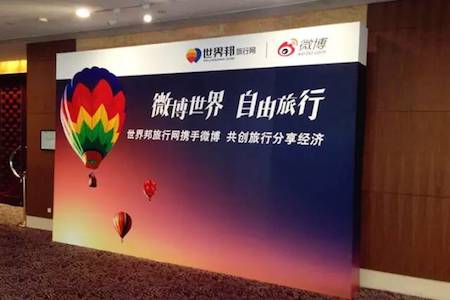 Beijing-based online travel firm Shijiebang.com has completed an undisclosed series B round of financing led by Sina Weibo, according to a company announcement.

Other undisclosed investors also participated in the round, which some Chinese media reports say is worth tens of millions U.S. dollars.

As part of the funding round, Sina Weibo and Shijiebang.com have also established a strategic partnership to cooperate on marketing, traffic sourcing and product sharing.

The company previously received angel investment and series A funding from investors included Jerry Yang, co-founder of Yahoo Inc., Fosun Kinzon Capital, and China Rock Capital, according to its website.