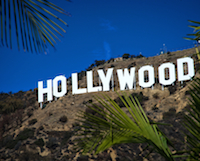 Beijing-headquartered Chinese property and hotels operator Dalian Wanda Group says it has won the bid for a plot of land in Beverly Hills, Los Angeles, and plans to invest US$1.2 billion to construct a mixed-use development on the site, according to an announcement posted on its website.

Located at 9900 Wilshire Boulevard, the 32,000 square meter land will be Wanda’s first foray into Hollywood. The company, controlled by billionaire real-estate developer Wang Jianlin, says it beat out more than ten bidders from Asia and North America to win the bid.

The Hollywood project site is located in a prime luxury residential area, only ten minutes walking distance from Rodeo Drive, one of the world’s leading luxury retail destinations.

The office will also be the base for investment in local film production companies or global theatrical releases.