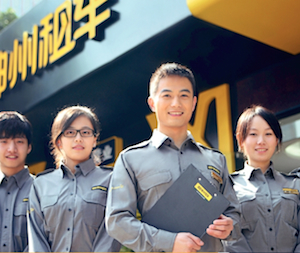 Beijing-headquartered Chinese car rental company China Auto Rental is planning to sell 426 million new shares at HK$7.50 to HK$8.50 per share in a Hong Kong IPO, to raise a total of HK$3.62 billion (US$468 million), according to media reports.

In early 2012, Warburg Pincus-backed China Auto Rental proposed to raise as much as US$300 million by listing on the NASDAQ, but later cut the offering size and ultimately withdrew the plan because of deteriorating market conditions.

It’s unclear if Warburg Pincus is selling shares during the Hong Kong IPO.

The US$13 billion-under-management Hillhouse Capital is founded by Yale University graduate Zhang Lei, and is well-known for backing Chinese Internet firms.

The firm is an early investor in JD.com. It held a 13% stake of JD.com before its U.S. IPO in May, and sold 9.568 million shares during the float. It is also a backer of Internet travel search engine Qunar.com.