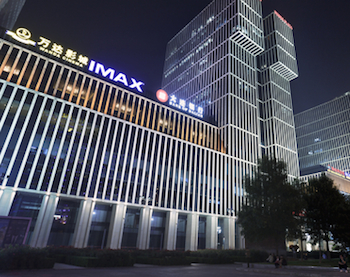 Beijing-based Wanda Cinema Line Co., Ltd. has filed for an IPO on the Shenzhen Stock Exchange to raise an estimated RMB2 billion (US$330 million) by issuing 60 million shares, according to a securities filing.

The move comes after the company’s earlier attempt for a float was denied in July by Chinese regulator because of insufficient documents.

Wang is also the chairman of the Dalian Wanda Group, one of China’s largest real estate developers.

They each own 4%, 3% and 2% of Wanda Cinema respectively, according to the filing.

Wanda Cinema says it will use the proceeds for cinema construction and to supplement cash flow.

Wanda Cinema operates 142 cinemas in 73 cities in China, with a total of 1,247 screens. From 2009 to 2013, the company ranked as number one cinema operator in China in terms of box office sales and market share, according to the filing.