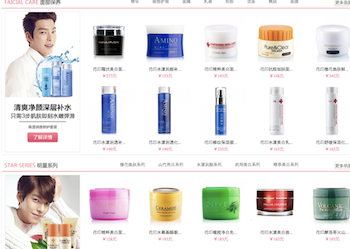 The round reportedly amounted to RMB100 million (US$16.3 million), and Tiantu is the sole investor.

Wu Xianyong, Tiantu’s partner, will join HuaYin’s board of directors.

Founded in 2007, HuaYin specializes in retailing original imported cosmetics to Chinese consumers via its online platforms. It opened its first brick-and-mortar store in Beijing last August.

Tiantu Capital is founded in 2002 with offices in Shenzhen, Beijing and Shanghai. The private equity firm manages six RMB funds and has invested in over 50 companies across the consumer, healthcare, and TMT (Technology, Media & Telecommunications) sectors.

It has reportedly reached a first close of US$63 million for its debut U.S. dollar fund, which is seeking to raise a total of US$100 million.