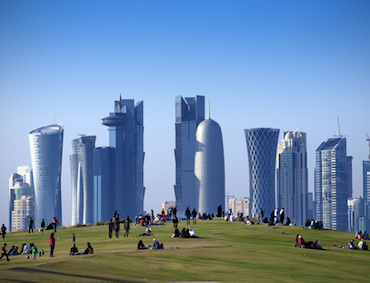 Qatar Investment Authority (QIA), Qatar’s sovereign wealth fund, says it has signed a memorandum of understanding with Chinese state-owned investment company The CITIC Group to establish a US$10 billion fund to invest in the region, according to an official statement.

His Excellency Ahmad Al-Sayed, CEO of QIA, made the announcement at the opening of the Credit Suisse Fifth Annual Emerging Markets Leadership Forum in Beijing.

The fund will be a 50:50 joint venture between the two parties. QIA is open to new partnerships as it looks to invest US$15 billion to US$20 billion in the next five years, says His Excellency Ahmad Al-Sayed.

QIA, headquartered in Doha and estimated to control over US$100 billion in assets, is also expanding its offices in Beijing and New Delhi, and is opening a new office in New York as it broadens its investment activities.

QIA has invested billions of dollars in Asia and China this year, says the statement.

In October, it acquired a minority stake of Hong Kong-based Lifestyle International Holdings Limited, the operator of the SOGO department stores, for US$620 million.

In May, QIA was among investors who bought US$5.1 billion of shares in CITIC Pacific Ltd., which was acquiring assets from its parent, CITIC Group.

QIA, through its strategic and direct investment holding entity, Qatar Holding LLC, is also a major shareholder of US$4 billion-under-management CITIC Capital Holdings Ltd., along with China Investment Corporation and CITIC Group.

It likes the growing brand and stature of large Chinese corporates in the TMT (technology, media, telecom), banking, oil and gas, transport sectors, as well as opportunities in the continuing emergence of an affluent middle class.