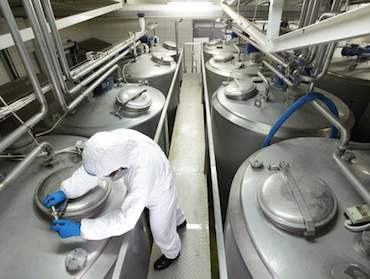 Chinese dairy firm Inner Mongolia Yili Industrial Group Co. Ltd. says it will invest over RMB3 billion (US$490 million) to a new dairy project in New Zealand to build the world’s largest integrated dairy production base, according to a company announcement.

The project, called Yili Oceania Production Base, will have packaging, production, processing, research and development capabilities. It is located in Waimate, South Island.

The project in New Zealand, in which Yili has previously committed RMB1.2 billion and just added RMB2 billion new investment, will include a raw milk deep-processing project, a liquid milk plant, a milk powder production facility and a packaging plant.

At the same time, Yili and New Zealand’s Lincoln University signed an agreement on scientific cooperation across the whole dairy industry chain. The two sides will focus on innovative technologies for improving nutrition and quality of dairy products in the coming years.

Despite the rapid expansion, China’s per capita liquid milk consumption is less than 10kg per year, compared with 32kg in Japan and 78kg in the United States, indicating massive future growth opportunities.

In another deal, Affinity Equity Partners is said to invest US$123 million into a joint venture with Beijing Capital Agribusiness Group to focus on growing its dairy farming business.

The Chinese dairy sector has already provided profitable returns for some private equity firms. Last May, KKR and CDH Investments agree to sell their stakes in China Modern Dairy to China Mengniu Dairy in a potentially profitable partial exit.