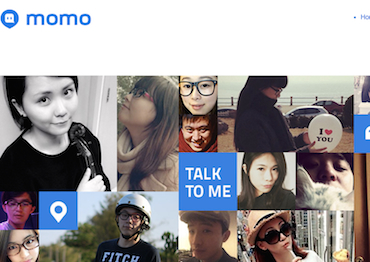 Beijing-based Chinese mobile social instant message app developer Momo Inc., backed by a long list of venture capital and private equity firms, has priced its NASDAQ IPO, hoping to raise as much as US$256 million, according to an updated regulatory filing.

Momo says it is to issue 16 million American Depositary Shares (ADS) at the price range of US$12.50 to US$14.50 per ADS. Its shares will be listed under the symbol "MOMO".

Concurrent with the IPO, the company plans to issue US$50 million and US$10 million worth of shares to existing shareholders, Alibaba Group Holdings Ltd. and Chinese Craigslist-like platform 58.com Inc., in a private placement deal.

According to the latest filing, Alibaba Investment Limited and a fund managed by Matrix Partners holds 68.86 million and 65.97 million shares of Momo, or 20.7% and 19.9% of the company, respectively, before the IPO.

In 2013, the company completed series C financing, in which Matrix invested US$13 million, Alibaba and DST Global each put in another US$10 million.

In its latest financing round in April 2014, Sequoia Capital invested US$90 million, Yunfeng Capital, co-founded by Alibaba’s founder Jack Ma, injected US$90 million and U.S. investment firm Tiger Global Management LLC invested US$31.8 million, according to the filing.