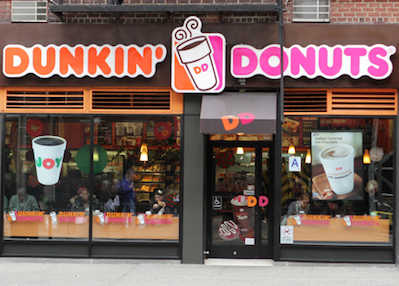 Jollibee will contribute up to US$180 million and be responsible for the daily operations of the business. RRJ will commit the remaining US$120 million.

The joint venture has signed an agreement with Dunkin’ Donuts Franchising LLC, which will allow it to have the exclusive right to develop Dunkin’ Donuts brand in certain territories in China.

Dunkin’ Donuts opened its first store in mainland China in 2008 in Shanghai, with plans to open 100 new stores over the next 10 years. At that time, it granted the franchise rights for Shanghai, as well as Jiangsu and Zhejiang province to Taiwanese company Mercuries & Associates.

Dunkin’ Donuts currently operates 22 stores in China, according to the company’s Chinese website.

Jollibee operates 2,886 stores worldwide, of which 2,283 are in the Philippines.