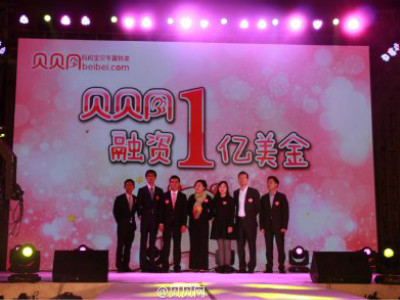 Hangzhou city, Zhejiang province-based maternal and infant supplies e-commerce platform Beibei.com has received US$100 million series C financing led by Capital Today and New Horizon Capital, after just nine months of the company’s establishment, according to an official announcement on its Weibo account.

Banyan Capital and IDG Capital also participated in the round, which values the company at US$1 billion.

The proceeds will be used for improving customer service, as well as the development of maternal and infant care brand. Beibei.com says it also has plans to expand its businesses to overseas markets.

In August 2014, Beibei received RMB150 million (US$24.3 million) series A financing from its parent company Hangzhou-based Husor E-Business Co., Ltd. IDG Capital and Banyan Capital also participated in the round.