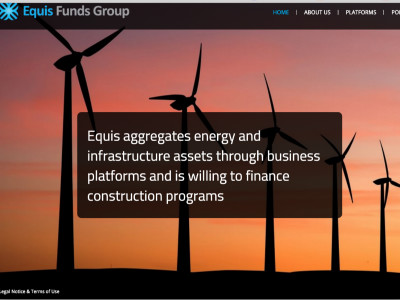 This brings the firm’s total assets-under-management to US$2.7 billion.

Commitments from the firm’s existing limited partners accounted for US$990 million, or 58% of the total capital raising, including those from the Netherlands Development Finance Company, Massachusetts Mutual Life Insurance Company, and the Partners Group AG.

The remaining US$710 million was raised from new investors.

Founded in 2010, the group’s debut fund, Equis Asia Fund I, had US$647 million in capital commitments, and invests in the energy and infrastructure sectors in China, India, Indonesia, Malaysia, the Philippines, Thailand and Vietnam.

The fund makes investments ranging from US$50 million to US$130m in equity capital for development, construction and acquisition purposes.

The group then raised Equis Direct Investment Fund, a follow-on fund with US$300 million to its first fund.

Its second fund, Equis Asia Fund, raised US$1 billion, and makes energy and infrastructure investments across developing and developed Asia with deal size ranging from US$50 million to US$200 million.

(Correction: an earlier version mistakenly stated that the firm reached a second closing of its latest new fund.)