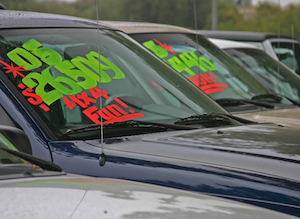 This funding round closed on March 15, and will be used to expand Youxinpai’s platform into the B2C used car market. KKR invested through its China Growth Fund.

Founded in 2011, Youxinpai provides second-hand car auction services in 365 cities in China, and operates six Brick and mortar auction facilities. It claims it has close to 15,000 second-hand car dealers using its services.