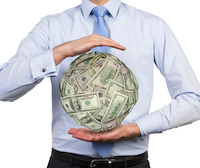 Existing investors Colony Capital, Cowboy Ventures, First Round Capital, Foundation Capital, Ribbit Capital and SAB Capital also participated in the round, which brings the company’s total fundraising to US$109.3 million.

LendingHome says it will use the latest proceeds on national expansion, the introduction of multiple new loan products, and enhanced corporate infrastructure in the upcoming year.

Founded in October 2013, LendingHome raised US$11.3 million series A financing in November 2013 led by Charles Moldow of Foundation Capital.

In September 2014, it announced US$28 million series B round led by Meyer Malka of Ribbit Capital.

In the same announcement, LendingHome also says it has achieved over US$100 million in origination volume.