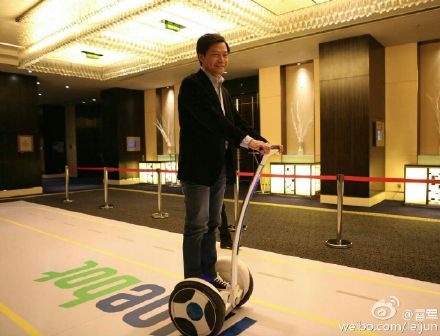 At the same time, Ninebot says it has acquired rival, Segway PT. Deal terms were not disclosed.

Ninebot was officially founded in 2012 by a group of robotics engineers interested in developing new technology for use in environmental protection and artificial intelligence.

Two years later, Ninebot launched a new personal transportation robot, the Ninebot E, which is now being distributed from 30 centers around the world. Its other products include Ninebot One C+ One wheel self balance electric unicycle scooters.

Shunwei Capital is co-founded by Lei Jun, founder of Xiaomi, who said on his Weibo account that Ninebot aims to accelerate expansion internationally with the acquisition.

WestSummit Capital, with offices in Beijing, Silicon Valley and Hong Kong, is a venture capital firm focused on investing and helping companies in the U.S. and China to expand into global markets.