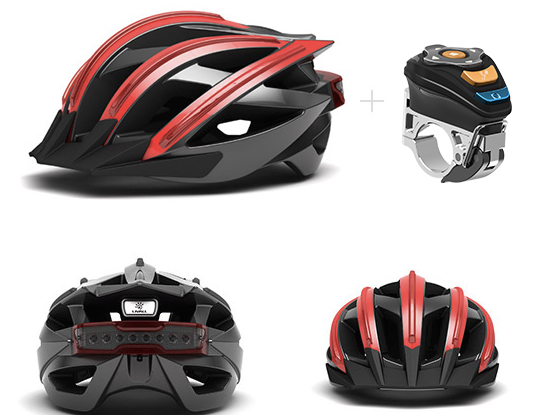 The company also says it has signed an agreement to partner with a Chinese bicycle maker to create a smart bicycle.

Livall Riding’s smart helmet and jet come with colored LED lighting indicating left or right turns, and are equipped with with cameras.

They enable cyclists to do group talk or chats, collect data, and share on social media.