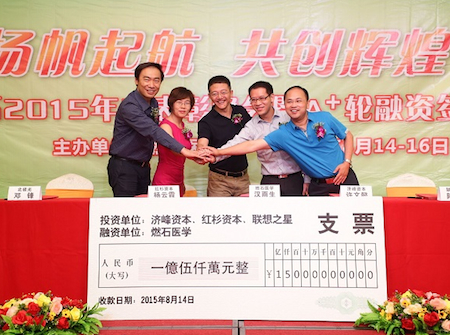 Guangzhou-based cancer diagnostic start-up Burning Rock Biotech has completed RMB150 million (US$23 million) series A+ round of funding from Lyfe Capital, Sequoia Capital and Legend Star, according to a company announcement.

The company says it will use the proceeds on
its research and development efforts, as well as developing new products to meet patient demand.