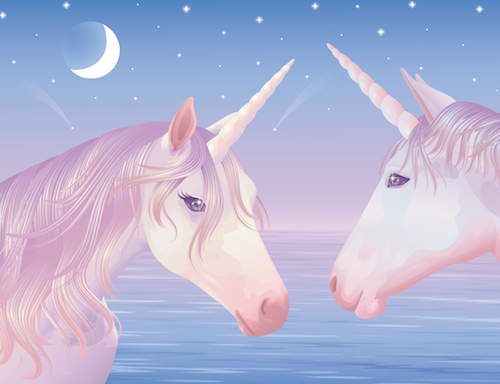 Half of China’s ten biggest unicorns, or start-ups valued at US$1 billion or above, are financial technology firms. Alibaba-affliated Ant Financial is the biggest unicorn in the country, worth a whopping US$60 billion, followed by peer Lufax at US$18.5 billion, according to a new report by iResearch. 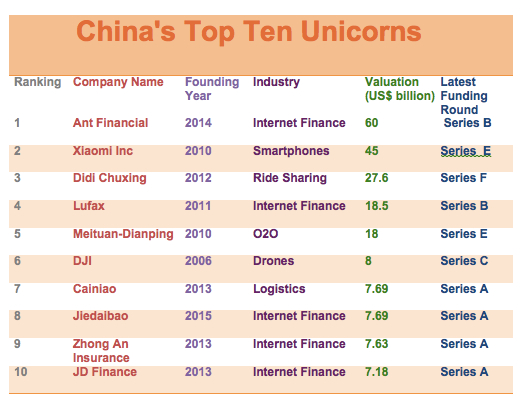 Across China, there are currently 79 unicorns in total, with 31 new additions this year. 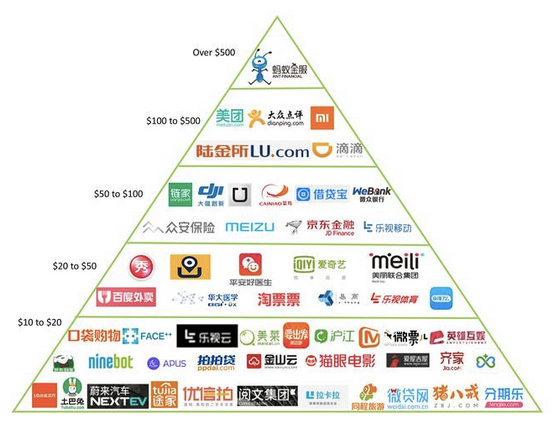 （Dollar figures on the left are in US$100 million unit.)

If lowering the bar to a single company valuation of US$160 million or more, around 300 companies with aggregate valuation of US$423 billion made into iResearch’s ranking of unicorns and quasi-unicorns this year, indicating an average valuation of US$1.4 billion per company, up 37.8% year-on-year.

Internet Finance firms took the largest share of the ranking, with 44 companies on the list, indicating strong growth potential in the sector.

E-commerce is the second most active industry, with 36 firms included on the ranking, followed by auto and transportation sectors.

Beijing-based companies amount to 179, or 59.7%, of the list, highlighting the capital’s ability to attract entrepreneurs and talents.

There are 46 Shanghai-based companies, and 33 Guangdong province-based firms, according to the report.