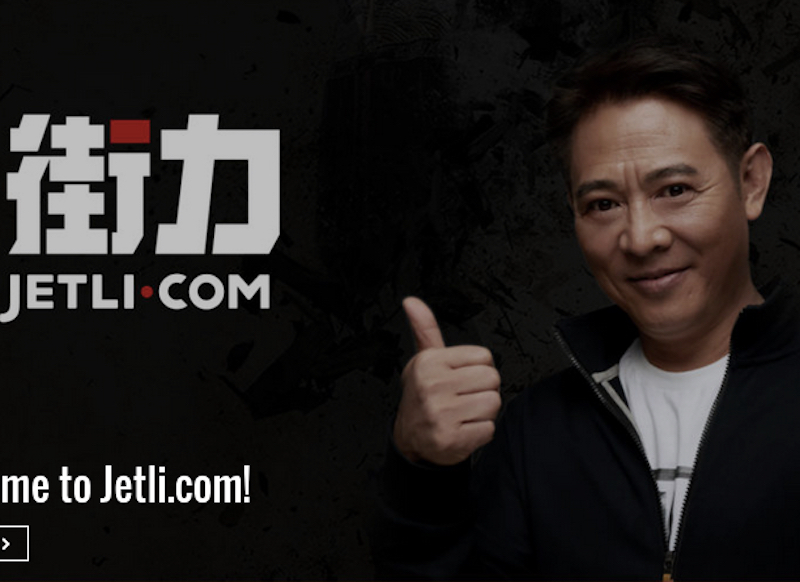 Jet Li, a Chinese Kung Fu champion and film actor, has launched an online video platform, Jetli.com, to nurture and develop martial arts around the world and gain entry into the booming sports sector in China.

Li announced the official launch of the video site yesterday via his Weibo account. Jetli.com, English-language website, aims to tell the story of Kung Fu and Kung Fu masters, as well as other martial arts, including extreme sports, boxing and Taekwondo.

"Founding Jetli.com is a continuation of my dream, not something I did from an impulse," Li wrote in an earlier Weibo post. "Kung Fu is not just about the movements of arms and legs, it is also about pursuing your dream with persistence and patience."

Chinese investors have poured billions into sports ventures, as people in China become more health-conscious. A total of 63 investments with an aggregate deal value of RMB11 billion were recorded in the sports sector during the first half of 2016, up nearly 300% in terms of deal value compared to the RMB3.6 billion registered for all of 2015, according to data from ChinaVenture.

Sports video took the largest share in terms of total deal value, driven by a RMB8 billion series B round completed in April by LeSports, LeEco’s sports unit. CMC Holdings, IDG Capital, Legend Capital and Everbright Sports Culture Fund are some of the most active investors in sports.

Jetli.com, which translates into Jie Li (street power) in Chinese, will strive to discovery and help young people pursuing their dreams and share their spirit with others, Li wrote.

Jet Li’s video portal is operated by a commercial entity, Shanghai-based Zaomengzhe Development Company that was established last April with RMB2 million (US$280,000) in registered capital.

The business is permitted to operate in multimedia design, website design and computer technology, according to the National Enterprise Credit Information Publicity System.