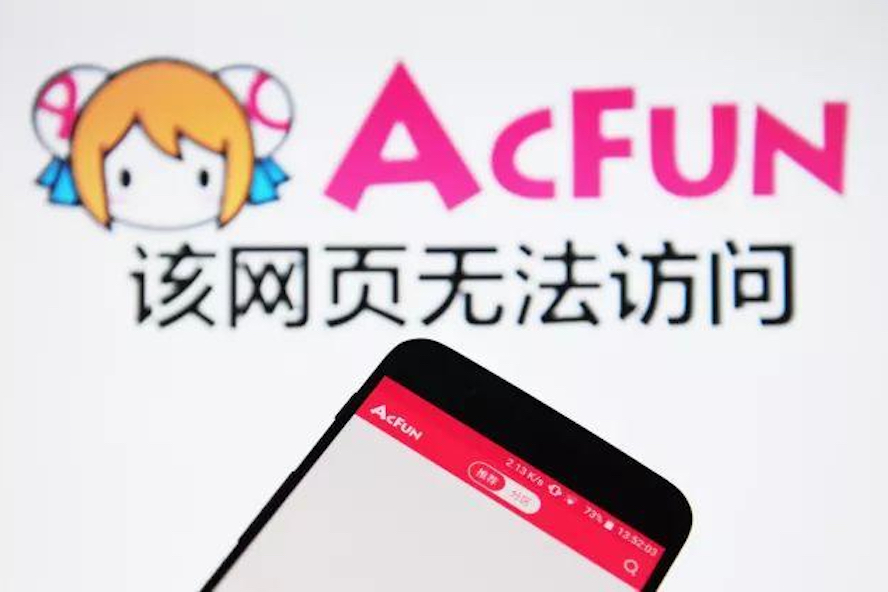 The website and mobile apps of AcFun are no longer accessible. A week earlier, AcFun’s official Weibo account released a message that read "I want to live another five hundred years!" But years of improper management, frequent management changes, and an inability to obtain an official business licenses have led the company to a dead end. Unable to pay staff for months, the company reportedly failed to pay for its servers and cloud services, leading to the eventual closure of its online presence.

Founded in 2007, AcFun reportedly raised US$50 million from Chinese online video platform Youku Tudou Inc. in 2015. The company announced that it raised US$60 million led by SBCVC in 2016. The collapse of AcFun means investors will likely lose all of their investment.

AcFun’s fate is in stark contrast to that of its primary competitor, Bilibili, which is rumored to be seeking an IPO in the U.S. Bilibili was founded by a former employee of AcFun, and has reportedly raised four rounds of financing. There is no public information on Bilibili’s past financing history, and there is no filling under the name Bilibili with the U.S. Securities and Exchange Commission.

Both AcFun and Bilibili differentiate themselves as youth video sharing platforms that allow a function called “bullet screen”, permitting users to comment via text messages appearing across video screens while watching video clips. Their content is mostly animation, online gaming and comics.

Bilibili says it has monthly active users of 150 million with daily video views of over 100 million. It is also home to over one million original animation, comic and gaming video producers, creating a platform for young content producers to reach their potential users.

While AcFun operated without an official video license until the end of its life, Bilibili acquired a local Shanghai company in order to obtain a license. AcFun also saw numerous management shifts and frequent changes in controlling shareholders. Bilibili, on the other hand, has remained under the control of its original management team.