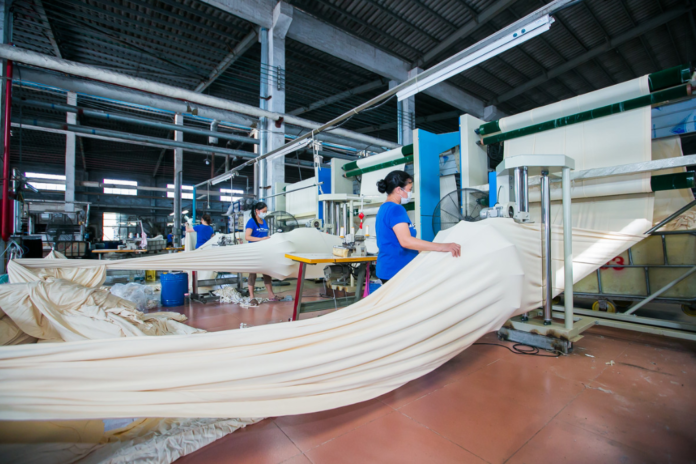 Tencent and Sequoia Capital China have jointly led a US$100 million series C round of financing in Smart Fabric, a start-up providing internet-enabled solutions for the textile industry in China.

"Tencent will continue to make investments in the industrial internet spree and promote the intelligent upgrade of the manufacturing industry," said Li.

The remarks came as China remains as one of the most attractive destinations for clothing manufacturing due to comparably low labor costs, reduced commercial barriers and better information flow.

Smart Fabric, founded in 2014, specializes in providing internet-enabled solutions to simplify the complicated and redundant traditional manufacturing and trading procedures for the textile industry. The company has developed a software as a service (SaaS) platform, which leverages internet of things (IoT) and enterprise resource planning (ERP) solutions to connect suppliers with customers along the upstream and downstream industry chain.

The start-up, headquartered in Shenzhen, has more than 400 employees working across over 10 branch offices worldwide, covering countries like South Korea, Singapore, India, Sri Lanka, Britain and the United States. Most of its clients are overseas brands and clothing factories, such as Amazon, Swedish fast-fashion brand H&M, hypermarkets operator Walmart, and American luxury fashion house Calvin Klein.

Proceeds will be used for technological research and development, market expansion and talent recruitment. The company said that it will focus on "promoting the digitalization of the textile industry" to realize its vision of "making production simpler."

The series C round is the third investment closed by Smart Fabric. The start-up raised a series B round led by Matrix Partners China and Vision+ Capital in 2018. In 2017, the company completed a series A round led by 10Fund, IDG Captial, and K2VC, a venture capital arm of Chinese tech-focused boutique investment bank China Renaissance. Financial details of the previous two rounds remained undisclosed.