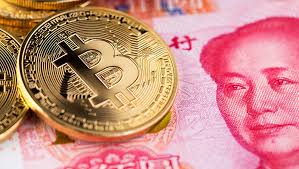 China’s parliament, the standing committee of the 13th National People’s Congress (NPC), has passed a law on cryptography to pave the way for China’s digital currency development on Saturday, according to state media Xinhua News Agency.

Dubbed "Password Law of the People’s Republic of China", it is to take effect on January 1, 2020.

"The law is enacted to better regulate and manage the application of passwords," said Xinhua News Agency.

China’s central bank-backed digital currency project was first proposed by Zhou Xiaochuan, the former governor of the People’s Bank of China (PBOC), in March 2018. Zhou said that it can be used to fight against money laundering and other illegal activities.

Prior to the state-backed cryptocurrency, China’s tech giant Alibaba and Tencent have launched their digital currency which is used in Alipay and WeChat Pay, respectively.

"Around RMB59 trillion (US$8.3 trillion) generated through mobile payment in the first quarter of 2019 in China, with a 15% year-on-year increase. Alipay and WeChat Pay account for around 50% and 33%, respectively," according to research firm Analysys Mason Limited.

Apart from China’s digital currency, many other countries are also considering issuing cryptocurrency. The Uruguayan Central Bank has made a pilot plan of its digital money called e-Peso and is praised by IMF. Venezuela revealed plans for its cryptocurrency, backed by oil and called the petro. Sweden’s central bank is planning a new electronic currency called e-Krona. Mark Carney, governor of the Bank of England, suggested a Libra-like cryptocurrency “synthetic hegemonic currency” (SHC) to replace the US dollar as the world’s reserve currency.