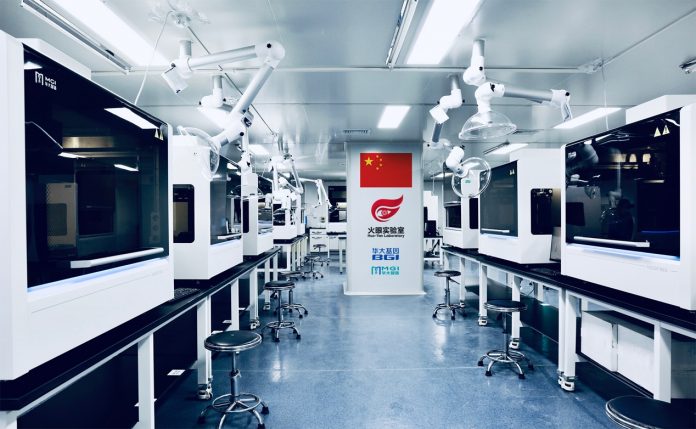 MGI Tech, a gene-sequencing equipment unit of Chinese genome giant BGI Group, announced the completion of a US$1 billion series B funding round led by IDG Capital and CPE.

This is the second round of large-scale financing completed by MGI after it raised over US$200 million in May 2019.

The production of sequencers has always been monopolized by foreign companies. The bargaining power of gene testing companies in the middle reaches is greatly restricted. Once the price of sequencers and related reagents is increased, the price of gene testing services will fluctuate greatly. MGI broke this situation and became the third company in the world with the ability to mass-produce clinical-grade sequencers, making the sequencer truly "intellectually made in China."

As we all know, the production barriers of sequencers are very high, which requires a high degree of integration of multiple disciplines, including biochemistry, optics, fluids, machinery, software algorithms, etc. High-quality data output can not be achieved if any aspect is deficient. Since the acquisition of Complete Genomics, MGI has absorbed and re-innovated large-scale costly sequencer hardware used for scientific research to adapt to lightweight clinical needs.

During this process, MGI gradually realized the localization of core components of the sequencer. Now MGI maintains the speed of launching a new model every year, forming a complete high-medium-and-low-throughput product network.

It is reported that MGI has strong R&D capabilities. According to the data given by the team, they have more than 1,000 employees and over 40% are researchers; it has so far invested about RMB5 billion (US$697.8 million) in the research and development, with over 740 applications filed for technical patents

Based on experience accumulation in the field of mNGS, since February this year, the equipment manufactured by MGI has played an important role in the fight against the COVID-19 epidemic: the "Huo-Yan" Laboratory rapidly increased the speed of large-scale nucleic acid detection; after the domestic epidemic was effectively controlled, MGI exported equipment, experience and scientific researchers to all parts of the world.