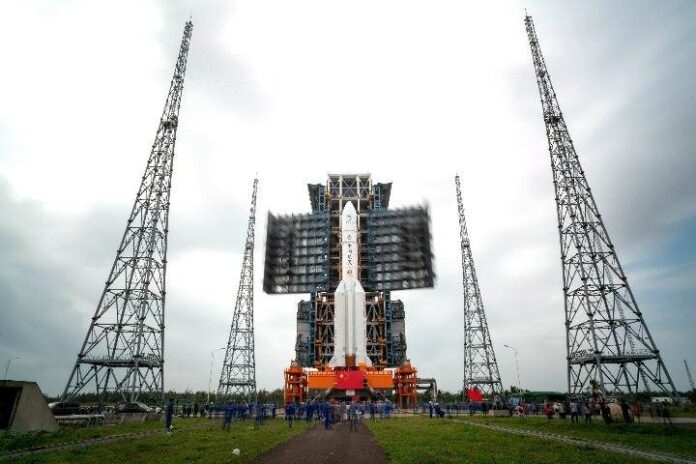 This is the first time the lunar sample return mission has been carried out, and it is also the most complicated space mission carried out by China so far.

It is reported that this space mission has 11 major flight phases, 23 major orbital control, 6 major separation control and other complex links, as well as spacecraft lunar landing, lunar take-off, and "unmanned rendezvous and docking" in lunar orbit. The entire sampling and return process takes up to 23 days, and the launch is only the first step in the long process.

On July 23, 2020, the Long March 5 carrier rocket also successfully launched the "Tianwen-1″ Mars probe, which is currently on its way to Mars.

1. "Orbiting" means launching lunar satellites. Chang’e-1 and Chang’e-2 have been reached this objective.

3. "Returning" means to sample from the surface of the moon and return to the earth. This is the mission carried out by Chang’e-5, which plans to bring 2 kg of lunar soil samples back to earth.

It is worth mentioning that, China has expanded the mission of the "Lunar Research Station". The mission is completed by the subsequent "Chang’e-6″, "Chang’e-7″ and "Chang’e-8″ with plans to land on the lunar south pole and conduct more complex scientific research.

So far, only two countries have successfully brought back samples from the moon: the United States and the former Soviet Union.

Among them, in the 1960s and 1970s, the United States used six manned moon landings in the Apollo program and retrieved a total of 381 kilograms of lunar soil and lunar rock samples from the moon.

In the 1970s, the former Soviet Union used three unmanned probes on Lunar 16, Lunar 20 and Lunar 24 to retrieve a total of 330 grams of lunar soil samples.

Counting from the last lunar sample return of the Soviet Lunar 20 probe in 1976, humans have not obtained lunar samples for 44 years.

The Chang’e-5 probe consists of four parts: the orbiter, the lander, the ascender, and the returner.

The lander is equipped with a reverse thrust rocket to perform a soft landing on the lunar surface, and automatically conduct lunar surface sampling and sample packaging operations.

The return device is the part of the structure that finally carries the lunar soil sample back to the earth, and withstands the high temperature and impact when it enters the earth’s atmosphere at high speed, protecting the sample from being affected.