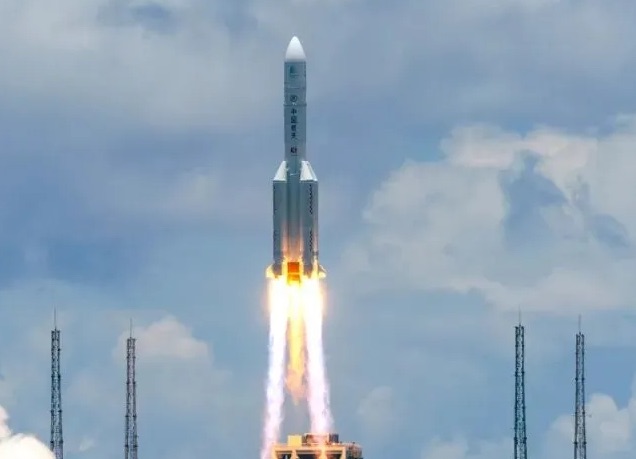 China Tech Digest is a daily collection of the most important technology news in China, brought to you by China Money AI.

The probe smoothly enters the near-Mars altitude of about 400 kilometers. The large elliptical orbit of Mars with an inclination of about 10° in about 10 Earth days has become China’s first man-made Mars satellite, achieving the goal of the first step of successfully orbiting Mars.

According to media reports, sources familiar with the situation revealed that the US plan to ask TikTok to sell its assets in the US has been "held indefinitely."

According to the report, the new US President Biden is conducting an extensive assessment of his predecessor’s efforts to deal with potential security risks of Chinese technology companies.

General Motors: Expected semiconductor shortage will have an impact on short-term production

General Motors said that the temporary shortage of semiconductors will not affect the company’s growth and electric vehicle plans. The semiconductor shortage is expected to have an impact on short-term production.

The Shanghai Stock Exchange announced that it would terminate the initial public offering of shares of Royole, a flexible screen maker, and its listing on the Science and Technology Innovation Board.

According to the Shanghai Stock Exchange, on February 9, the company and the sponsor applied to withdraw the listing application documents. It is suspected that Royole’s huge losses and high uncertainty of reaching meaningful commercialization may be behind the withdrawal.

According to CNBC reports, Baidu is raising funds for the establishment of an independent AI chip company. Baidu said it has no comment.

Guaishou Chongdian plans to conduct an IPO in the United States, raising US$300 million

Guaishou Chongdian, a phone charging power bank rental operator backed by SoftBank, plans to conduct an IPO in the United States to raise US$300 million.

Gojek will merge with Tokopedia before listing, says reports

According to media reports quoting people familiar with the matter, Indonesia’s two most valuable start-ups, ride-hailing giant Gojek and e-commerce provider PT Tokopedia, are finalizing merger terms and plan to reach an agreement as early as this month.

The above-mentioned people familiar with the matter said that the two companies are discussing various plans, and the ultimate goal is to make the combined company listed in Jakarta and the United States.

One of the people familiar with the matter said that the target valuation of the combined company in the public market is between US$35 billion and US$40 billion.

On February 9, local time, market research firm Gartner announced the top ten semiconductor buyers in 2020. After returning to the number one position in 2019, Apple continued to maintain its leading position, with a market share of 11.9%, widening the gap with Samsung Electronics.

Samsung Electronics followed closely with a market share of 8.1%. Huawei sharply cut its semiconductor spending in 2020, a reduction of 23.5% from 2019, and it is also the largest decline among the top ten buyers.

Among the top ten semiconductor buyers in the world, Xiaomi’s spending on semiconductors has increased the most, with an increase of 26% in 2020 compared to 2019.

Apple and TSMC cooperate to develop ultra-advanced display technology, according to media reports.

California autonomous driving report is released, and two Chinese companies are among the top five

Among the top three, Waymo, Cruise and AutoX have all obtained California’s full driverless license.