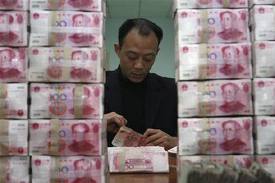 About US$212 billion of rated corporate debt will mature in the emerging Asia region from the second half of 2014 through the end of 2019, representing about 2.2% of the US$9.5 trillion of corporate debt maturing globally during the same time period, according to estimates by credit rating agency Standard & Poor’s.

The region’s new corporate bond issuance through the first half of 2014 was US$182 billion, US$78 billion of which came from Chinese companies.

The size of the Asian and Chinese corporate bonds market is still very small comparing to other mature markets. There are US$4.2 trillion of rated corporate debt maturing in Europe through 2019, US$3.8 trillion in the U.S. and US$1.1 trillion in the other developed regions including Australia, Canada, Japan and New Zealand.

About US$269 billion is expected to mature in the other emerging countries outside of Asia.

Is Xi Jinping Ready To Wrap Up His Anti-Corruption Campaign Now?