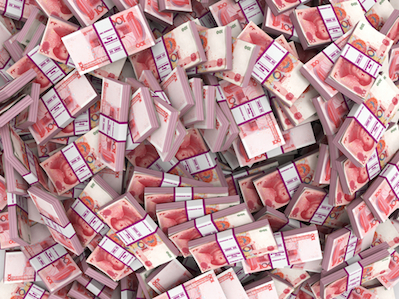 Household demand for bank loans was strong, especially for medium and long term loans, which accelerate further to RMB478 billion.

Corporate demand was robust as well, with medium and long term new loans more than tripling from December’s RMB346 billion to RMB1.06 trillion.

Shadow credit was strong across the board as well, assisted by earlier policy relaxations such looser corporate bond issuance rules.

New corporate bond issuance and trust loans stood out in particular, both printing stronger than the previous month and significantly than the same month last year at RMB455 billion and RMB55 billion, respectively.

January’s strong credit is unlikely to continue, with the passing of seasonal factors that impacted January’s figures, says a research report by UBS AG.