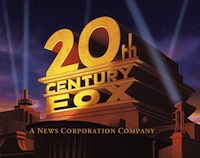 Shanghai-based China Media Capital (CMC) says that it has signed an agreement to acquire 21st Century Fox‘s 47% stake in Star China TV, according to a joint statement.

Star China TV’s management team is participating in the acquisition along with CMC.

"The acquisition and control of Star China was the first investment by CMC when it was established," says Li Ruigang, chairman of CMC. "This latest transaction marks a new era for Star China and we remain committed to building the company into one of the most respected entertainment companies in China."

Li is the chairman and president of Shanghai-based Chinese media conglomerate the Shanghai Media Group.