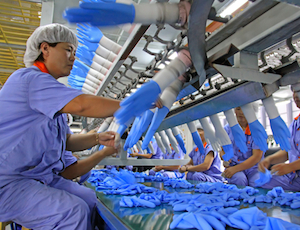 Beijing-based business-to-business e-commerce platform DHgate.com has received an undisclosed series D round of financing from Chinese venture capital firms China Growth Capital and TDF Capital, according to a company announcement.

Its series C round of US$30 million was raised in 2010, led by Warburg Pincus, JAFCO and KPCB.

The latest proceeds will be used for developing the company’s mobile platforms and expanding to emerging markets and sectors.

DHgate.com says it has registered sellers of 1.2 million in China, and over 5.5 million buyers worldwide. It has over 25 million products being traded on its platform, with a new order being generated every three seconds.