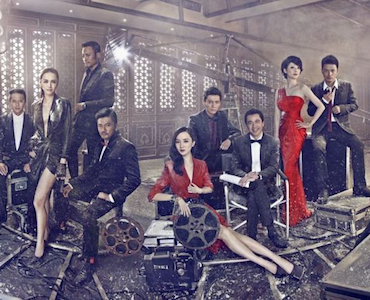 Shenzhen-listed movie, television and music production firm Huayi Brothers Media Corp. plans to raise RMB3.6 billion (US$588 million) by issuing 145 million shares at RMB24.83 per share to four Chinese institutions in a private placement deal, according to a securities filing.

After the completion of the deal, Jack Ma and Hangzhou Ali Venture Investment will together own 8.08% of Huayi. Jack Ma already owns 4.03% of Huayi. They will become the second largest shareholder of the company, together with Tencent, which will also own 8.08% after the deal, up from 4.86% previously.

The private placement deal is part of a strategic partnership between Huayi and China’s two Internet giants. Huayi will cooperate with Alibaba and Tencent on new media, movie and entertainment content production, while utilizing the distribution channels of the two to reach a wider and younger audience.