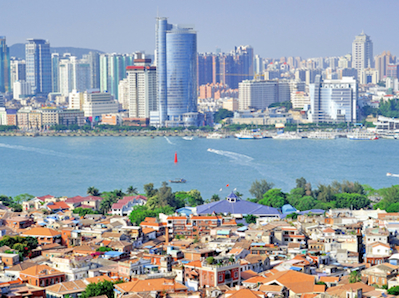 Xiamen city, located at the southeast coast of China in Fujian province, says it plans to establish a RMB10 billion (US$1.62 billion) industry fund to steer more social capital toward the development of ten major industries including biomedical sciences, new materials, finance and shipping, according to a statement posted on an official government website.

The government of Xiamen will commit an initial RMB5 billion to capitalize the fund, which will only invest in companies and projects located inside the coastal city.

The fund will be managed by an investment committee to be established by the city government, says the statement.