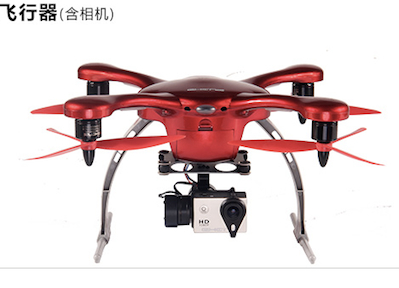 Beijing-based consumer drone manufacturer Ehang has completed US$10 million series A funding led by GGV Capital, according to a company announcement.

Ehang says it will use the proceeds to expand its team and ramp up manufacturing efforts.

The Unmanned Aerial Vehicles (UAV) industry will experience dynamic growth in the next 10 years, with spending doubling from US$2.8 billion in 2014 to US$5.6 billion in 2023, according to estimates by the Teal Group.

Though the majority of spending has been on military drones, 2014 saw a shift toward more consumer drone purchases.

GGV Capital closed its fifth fund with US$620 million in May 2014 to invest in the U.S. and China.