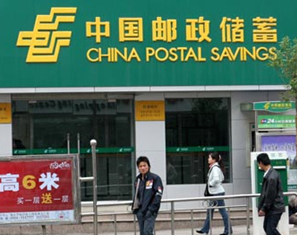 Ant Financial Services Group, the financial services arm of Chinese e-commerce giant Alibaba Group Holding, is reportedly close to completing its first round of financing from a number of state-owned Chinese financial institutions with a valuation of US$30 billion, according to Chinese media reports.

Several undisclosed private equity firms are also participating in the financing round, whose exact value is still to be determined.

Representatives of Alibaba declined to comment on the news.

The financing round aims to secure official and government support to Ant Financial’s ambitious plans to expand into China’s vast rural e-commerce and rural finance sector.

"Ant Financial will focus on serving small and micro enterprises, as well as individual consumers. Building on Internet-based solutions and technology, we plan to work with ecosystem participants such as financial institutions to create an open ecosystem, as well as provide support to the financial industry to realize our vision ‘To turn trust into wealth,'" says Lucy Peng, CEO of Ant Financial, at the time of the company’s launch.

In January, Alibaba and Ant Financial agreed to invest around US$575 million in Indian online-payment and marketplace platform One97 Communications.

Alipay has registered users of 800 million, and handles over 80 million transactions daily, with over 50% of which on mobile payment platforms.

Alipay Wallet has operated as an independent brand since November 2013. As of today, there are 190 million annual active users. In addition to providing basic services such as shopping payment, credit card repayment, money transfer, and utilities bill payment on mobile phones, Alipay Wallet is expanding its offline applications to shopping malls, convenience stores, taxis and hospitals.

Yu’e Bao was launched in June 2013 jointly by Alipay and Tianhong Asset Management. According to Tianhong, as of the end of June 2014, Yu’e Bao had attracted approximately RMB570 billion (US$93 billion) in assets under management and nearly 125 million Yu’e Bao users.

At the end of May 2014, Ant Financial gained approval from the China Securities Regulatory Commission to acquire a 51% stake in Tianhong Asset Management.

Zhao Cai Bao launched in April 2014 as an open platform for investment and financial products and services. Zhao Cai Bao is open to third-party financial institutions and provides convenient and safe internet finance services for individuals and SMEs. Products offered on the platform include loans for small and medium enterprises, individuals, universal insurance and structured funds.

MYbank will fully utilize online and big data analytics to serve the financial needs of small and micro enterprises, as well as individual consumers.