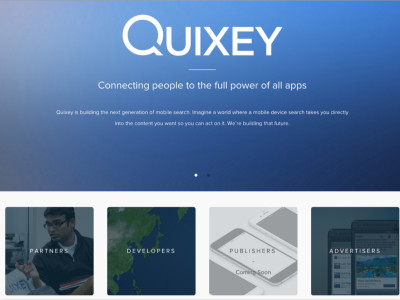 The round reportedly increases the start-up’s value to US$600 million.

In August 2011, it received US$3.8 million series A financing from Innovation Endeavors, Webb Investment Network, USVP, and WI Harper Group.

Established in 2009, Quixey helps people search and find the right mobile apps for their needs.

(Update: On March 6, 2015, Quixey confirmed the financing round via a company statement posted on its website.)